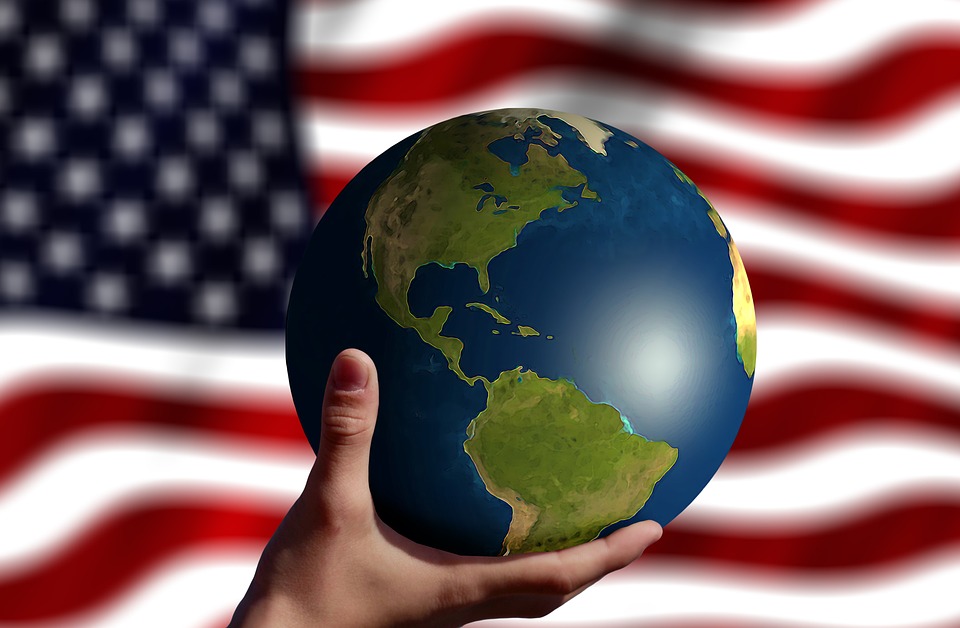 Many researchers say that American hegemonic power is in decline; some say the opposite. What do our allies think?

Most experts in the U.S. seem to agree on one point: This hegemonic superpower appears to be in relative decline. The various causes of this phenomenon are primarily financial. For example, the U.S. has spent a great deal on its participation in the wars in Iraq and Afghanistan, the fight against Islamic terrorism and its permanent military presence in Europe and Asia as part of alliances. On the domestic front, Americans have faced a terrible economic crisis and continue to accumulate large budget deficits that are adding to an already huge national debt.

Routledge recently published a collective work on the topic titled “America's Allies and the Decline of US Hegemony.” As the title suggests, the book focuses on the allied powers' perceptions of the U.S. vis-à-vis the changing global landscape. The book was supervised jointly by professor Jonathan Paquin from Laval University's department of political science and his colleague Justin Massie from the University of Québec in Montréal. The two experts jointly signed the introduction and conclusion of the book.

“We know very little about how the major democratic allies of the U.S. view the relative decline of American power,” says Paquin. “Nor do we know the foreign policy and defense strategies that will emerge as a result of this decline. These countries include the major European countries, Canada and Japan, which have contributed, along with the U.S., to the establishment of the international liberal order since 1945.”

Paquin recalls that the U.S. has been blindsided in the past by weak leadership, but ultimately proved resilient.

According to him, the question today is not whether there is a relative decline in U.S. power (that's already a fact). “The relative decline observed,” he says, ““s not solely related to President Trump, who is a cyclical factor. It also stems from the transformations of power relations that are inherent in international relations, such as the rise of emerging economies in the BRICS,* as well as China's meteoric rise. There are several important questions we must ask: How quickly will this decline happen, and what will the consequences be? Will the United States remain the hegemonic power combining material, military and conceptual power? Will democratic allies in this country be able (and want) to increase their leadership as the U.S. progressively withdraws from world affairs?”

Twelve researchers from different countries authored the chapters of the book. One of them is professor Caterina Carta, a colleague of Paquin. Her text focuses on the European discourse on the transition of international power. According to her, the U.S. is seen in European capitals as gradually losing its hegemonic position. That said, European strategic discourse continues to be based on the Euro-Atlantic alliance, the North Atlantic Treaty Organization. The researcher points out that the European Union is basically a creature created by the status quo that followed World War II. In this context, the weakening of the international liberal order, following the relative decline of the U.S., will lead to the weakening of the European Union. “China,” she continues, “is unanimously considered the only direct competitor of the U.S., while Russia is perceived as a threat to continental security. Member States of the European Union have differing opinions on how to deal with Russia and China.”

On NATO, Paquin explains that several European countries fear being abandoned by the U.S. and that there is a debate among Atlantists.** “There are those who believe in NATO and those who want the development of a European defense structure,” he stresses.

The decline of American power is a cyclical issue in the history of the U.S. In 1957, the Soviet launch of the Sputnik satellite was perceived by many Americans as a loss of leadership for their country. In the early 1970s, the same questions surrounded the very strong economic growth of Japan.

“It's normal to have this discussion,” says Paquin. “Nobody stays at the top forever. From the moment you cannot go up, the only direction is down. I would bet on the decline of the American superpower. This time, there is consensus on a relative decline.”

In the face of the “decline-ists,” however, proponents of American preeminence present some solid arguments. In 2018, the per capita gross domestic product in the U.S. stood at $55,000 compared to $8,000 in China. This year, the U.S. military budget is $650 billion, compared to $200 billion in China. Many American universities are among the best in the world. And the Nobel Prizes? American researchers have received a high proportion over the years. Another argument is the strong appeal the U.S. still has to immigrants from around the world. Finally, almost half of the largest companies in the world belong to American businesses.

“This country is an ideal power,” says the professor. Its political model, its values of democracy and freedom of expression—tenets that are often repeated—appeal to a very large number of nations beyond the allied countries. It is an attractive model. China does not have a doctrine that offers an attractive alternative to the Western-American model. Nobody wants to sacrifice everything to live in China, but many people risk their lives in pursuit of the so-called American dream. For 75 years, the Americans have been leading a very well-organized system of alliances. China, for its part, hates alliances and has no plans to pursue any. In terms of culture, China, like Russia, does not make the cut. If U.S. allies are able to coordinate to preserve the international liberal order, American hegemony might have a fighting chance.

**Editor’s note: Atlantists are those who support a close relationship between European countries and the U.S. and Canada.