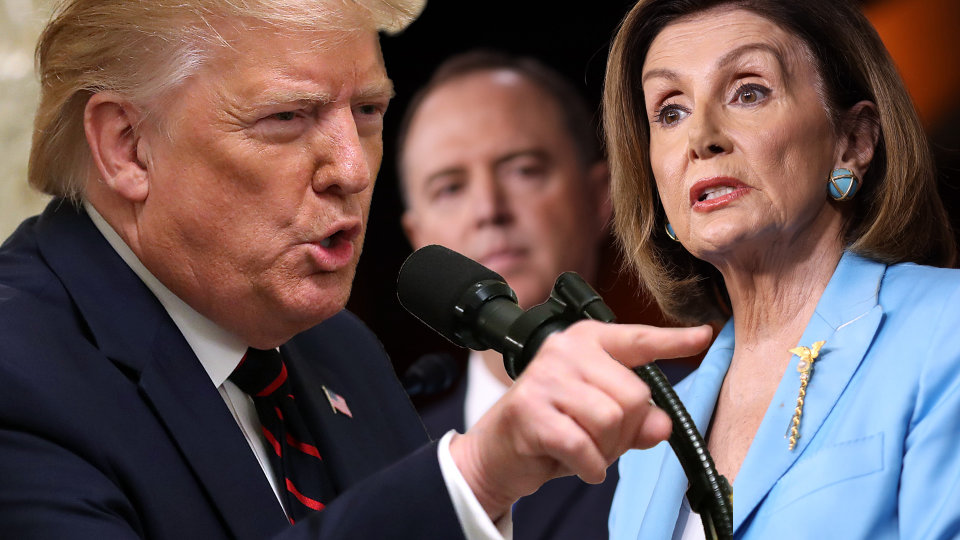 Public hearings have started in the House of Representatives regarding accusations that President Donald Trump exploited American foreign policy for his personal interest by pressuring Ukrainian President Volodymyr Zelenskiy to open a corruption investigation into the son of Joe Biden, Trump’s Democratic rival in the upcoming presidential election.

Could these accusations result in Trump’s impeachment? What is the reaction of the American people to this division among the American elite?

To what extent will that affect the plans of President Trump and Democratic Party candidates to win the White House next November? Is American democracy really for sale, as American author Greg Palast says in his book “The Best Democracy Money Can Buy”?

Anyone who has listened to the public and private testimony of current and former American officials in the House committees has not heard any definitive evidence that Trump abused his office. There is nothing in the call between Trump and Zelenskiy on July 25 that shows that Trump stipulated there be an investigation of Hunter Biden in exchange for $391 million of American aid for Ukraine to fight Russian influence and rebels in the Luhansk and Donbass regions in eastern Ukraine.

The most damning testimony came from Jennifer Williams, an adviser to Vice President Mike Pence, who described the call as inappropriate. Anyone who looks into Williams’ past knows her testimony was a litany of grievances against Trump, who expelled her from the U.S. government.*

Thus, the Democrats prepared Williams and Tim Morrison, a former White House adviser, to give testimony against the American president after Democrats failed to make their case regarding Russian interference in the 2016 presidential election. If that is the case, what is the Democrats’ purpose in all this?

It is clear that the goal of Democrats is to distort the accomplishments of President Trump, particularly his economic achievements. Unemployment in the United States has declined to its lowest level in half a century, and factories in the American “Rust Belt” states are back in business after closing their doors and laying off their workers as a result of the free trade agreements that President Barack Obama signed.

The Trump administration has also reintroduced $750 billion in military modernization plans, which President George W. Bush and President Obama neglected. At the end of 2018, the U.S. gross domestic product reached more than $20.4 trillion. It has been an unprecedented period of wealth and prosperity in U.S. stock and bond markets for the American people.

Consequently, Nancy Pelosi, Adam Schiff and about 20 Democratic candidates for president realized that they would not be able to compete with Trump on economic issues or contend with his considerable popularity. So, they tried to defeat Trump with the Russian interference issue, and now they are exploiting Trump’s call with the Ukrainian president.

An analysis of House votes at the outset of the public impeachment hearings shows voting takes place on a partisan basis, meaning that not a single Republican representative voted against Trump. There is also a bloc of about 30 moderate Democratic representatives who believe that wasting time and effort on the issue of Trump’s accountability costs the Democratic Party supporters.

By now, it is obvious that Democrats have failed in their attempts to damage Trump. Biden, the person Democrats are betting on to defeat Trump, has fallen in Democratic polls from first to fourth place.

For the American public, there is no strong character capable of competing with President Trump. Left-wing candidates Bernie Sanders and Elizabeth Warren are not on the same level as Trump or even Hillary Clinton.

Furthermore, American voters remember the Democratic Party colluding with Hillary Clinton against Sanders in 2016. Now they are wondering about the extent of corruption surrounding Joe Biden, Hunter Biden and the Ukrainian energy company.

*Editor’s note: As of the date of this article, Williams was still serving as a special adviser to Vice President Pence.