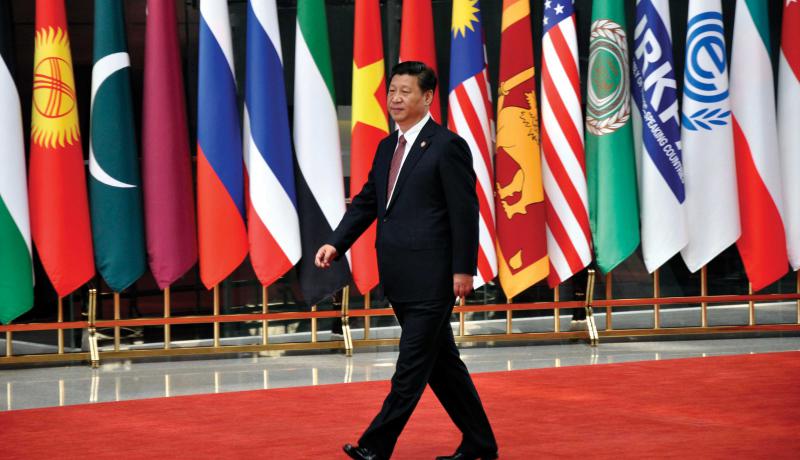 The Asian country’s network of diplomatic representation is now the best in the world, beating the U.S. for the first time

Donald Trump is shouting and waving that the U.S. is the “best,” with “America First,” but results show that China is advancing in the race. It has already beaten the U.S. in GDP, measured in purchasing capacity, car production, and the number of billionaires. Most recently, in a highly significant assessment conducted by an Australian think tank, China has been proven to be leading in diplomacy.

This year, China is the country that has the largest number of embassies, consulates and permanent delegations, specifically 276, which is three more than the U.S. In 2016, it occupied third place, in 2017 it moved into second, beating France, and now it is in first, something which it won not just for its own achievement, but also due to the lack of achievement by the U.S., a diplomatic superpower that is now in open decline since the presidency of someone who only believes in Twitter diplomacy, such as Donald Trump.

Up to now, Washington has counted on one of the best and healthiest diplomatic networks in history, in line with its role as a politically dominant superpower. With Donald Trump as president and an obedient secretary of state such as Mike Pompeo, U.S. diplomacy is suffering “unceasing diplomatic self-sabotage,” in the words of William J. Burns, the diplomat with the best resumé in recent history. Budgets have been cut to unsustainable levels. Never have there been so many vacant posts, nor so many political nominations in order to satisfy electoral doubt and presidential compromise. The number of applicants to join the diplomatic body has fallen, due to the loss of prestige and lack of incentive that surrounds the career. And presidential mistreatment of diplomats has only become greater with the private and parallel diplomacy organized by the White House.

The Chinese achievement in diplomacy is exemplary; it responds to the clear objectives of Beijing, its rise to a 21st-century superpower and the shambles occurring in Washington. It is notable that the advances experienced by Japan and Turkey, and the setbacks of the United Kingdom, are a clear demonstration of the displacement of the geopolitical axis of the world towards Asia. This phenomenon is reproduced in many areas of competition between the powers, but where it stands out even more than in diplomacy is in digital technology. China is taking the lead in 5G telephony and artificial intelligence, with the disturbing corollary that it is also the pioneer in its use for controlling and repressing any opposition, as the battered Uighur minority in the Xinjiang region knows very well.