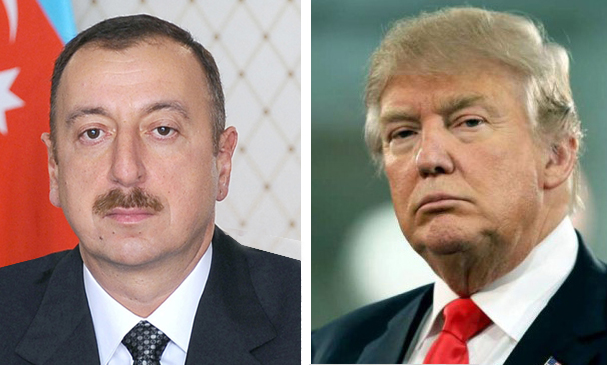 U.S. Special Representative for Iran Brian Hook has made an important statement: “[W]e sanction any sanctionable activity,” he emphasized. “That’s just a policy, and it’s applied universally. There aren’t any exceptions to it.” By all accounts, Washington is implementing a new or alternative course of action in relation to Iran by foregoing the practice of exceptions from its sanctions regime. This has captured Azerbaijan’s attention.

Let me remind you that in the autumn of last year, the U.S. Treasury Department explained in a published document that “[sanctions] shall not apply with respect to any person for conducting or facilitating a transaction involving a project for the development of natural gas and the construction and operation of a pipeline to transport natural gas from Azerbaijan to Turkey and Europe, [or a project] that provides to Turkey and countries in Europe energy security and energy independence from the Government of the Russian Federation and the Government of Iran.” According to available information, this agreement was reached during a visit from the U.S. president’s National Security Advisor John Bolton in Baku on Oct. 24, 2018. The discussion focused first on the realization of one section of the Azerbaijani-Iranian “Southern Gas Corridor” project, which is currently being put into operation and in which the Iranian company Naftiran Intertrade Company Ltd., in terms of the second stage of the extraction of the Shah Deniz field, has a 10% share. Previously, the U.S. had been actively supporting this project, declaring that it was an alternative to Russian projects in guaranteeing Europe’s energy security. In turn, the international publication Natural Gas World commented that “it would be better if this pipeline were filled with Iranian, not Russian gas."*

The possible implementation of the sanctions threat announced by Hook not only removes Tehran from the transport route of Iranian gas, which runs through Azerbaijan to the global market, but it also determines Washington’s new attitude to the problem of guaranteeing Europe’s energy security. Moreover, fresh nuances in American policy regarding Baku can be seen behind this loss of interest in South Caucasus energy logistics. The following factors are quite obvious. First, after Turkey, Azerbaijan is the second Turkic government the U.S. is threatening with sanctions. Second, while developing a course of action against Iran, Washington will try to maintain constant political and geopolitical tension with Baku. This “series” contains many regional plots, including the prospect of regulating the Nagorno-Karabakh conflict and the relationship between Azerbaijan and its neighbor Georgia, which could be used as a political instrument within the region. Furthermore, we can’t exclude the possibility of activating the pro-Iranian powers in Azerbaijan, as well as the pro-Azerbaijani powers in Iran. According to Baku-based political analysts Ilgar Velizade and Zardusht Alizadeh, “the relationship between Iran and Azerbaijan has never been ‘glossy’ and has always had a certain amount of contradictions, but the contradictions have always taken second place so that the pragmatic interests of both countries can move forward.”

However, the U.S. was and remains tempted to play the Azerbaijan card, especially since Baku has always supported Iran’s nuclear deal with the “Big Five” (the U.S., the U.K., Russia, China and France) and Germany, and is in the club with Moscow, Peking and the European Union on this matter, and, of course, with Ankara, which also does not support President Donald Trump’s policy on Iran. In this difficult situation, Azerbaijan President Ilham Aliyev must display enormous diplomatic mastery in order to maintain the regional power balance, and he must be prepared to make what might possibly be an unusual decision, although formally, Baku is developing its hydrocarbon resources independent of Tehran. Standing on the side of all of this and distancing oneself from the projects of local and global powers in the region has already proved unsuccessful, and the future course of events here will remain unpredictable. It is clear that American sanctions are directed not against the nuclear program as such, but rather against the Iranian regime. As one Baku expert believes, they “have been dictated by the desire to weaken this regime, to make it vulnerable from the point of view of foreign interference and internal stability.” And perhaps now Baku is really trying to hold on to some cautious optimism in terms of its evaluation of the situation. But the time has come to choose a response. What will it be?