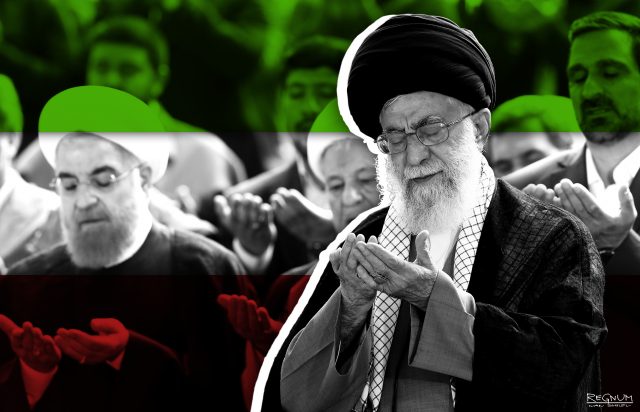 The more we learn about Iran’s missile attack on U.S. military bases in the region, the more questions arise.

First, what kind of attack is it where Iranian leadership warns the Iraqi leadership in advance? It is clear that this was done in order to notify the Americans, which would in turn withdraw everything from those bases, including manpower, that were subject to attack.

Second, why is the U.S. not responding to Iran by escalating the conflict? The reaction from Washington shows that the U.S. is not going to respond to Tehran's missile attacks, as they did not cause any catastrophic damage. A single plane, or drone, was destroyed.

Third, why do we see a fairly calm reaction by media around the world to what is happening? All the parties in the conflict have already received their share of publicity domestically. Facing the threat of World War III, Donald Trump evaded the topic of impeachment, and Iran showed everyone in the region that it can respond to the world’s “Great Satan.”

In fact, the most interesting things have already happened. Trump and Iran have benefited and will continue to play this situation strictly according to the rules that govern domestic public relations. One question remains — why did Qassem Soleimani die? Readers are aware of all the possible explanations, but they do not explain the insufficient backlash from Tehran.

Therefore, the only possibility that remains is a conspiracy. For a long time, it has been no secret that there is an established channel of communication between the ayatollahs and U.S. officials allowing them to interact and solve complex issues. This is not surprising. The Soviet Union and the United States, as well as Britain and Nazi Germany during World War II, had their own channels of communication.

Thus, the parties could discuss anything, including the issue of Soleimani, who began to play his own games and stopped abiding by the political leadership of Iran. Of course, the Iranian authorities could have arrested him, but such a step would have been misunderstood and could have politically and psychologically destabilized the public.

Therefore, instead of the “apostate” scenario, a “martyr” scenario was presented, something that the Americans were also interested in, as Soleimani’s conduct and the network he maintained had long strained relations with the U.S. Everyone is happy. Trump and Iran got what they wanted. The escalation was halted, and the parties get to return to negotiation through the calm channels of communication.