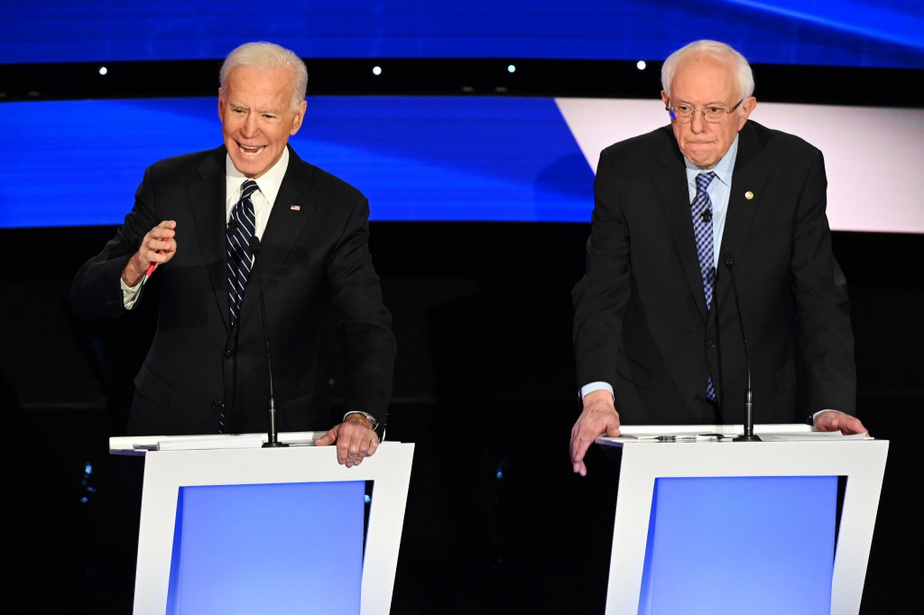 At least you can’t say that the Democrats are guilty of ageism. As the party's leadership race kicks off this evening in Iowa, two septuagenarians are leading in the polls with undeniable energy.

Joe Biden is 77 years old. Bernie Sanders, who doctors say has recovered well from his heart attack last October, is 78.

Aside from their age, however, these two candidates have little in common. And because of this obvious contrast, what is playing out this evening in Iowa is the future of the Democratic Party.

There is often a tendency to sum up the race primarily as a choice between a centrist candidate (Biden) and a candidate who is significantly further to the left. This is not incorrect, but it is incomplete.

The Democrats' choice for its presidential nominee will have serious consequences because they will have to decide between two radically different visions for the country.

Biden, who maintains that Donald Trump is an abnormal president, is offering Democrats a return to normality.

Sanders is promising them a revolution.

Biden is the captain, who in the middle of a storm, tells his crew he is turning back and returning to port.

Sanders is the one who suggests a different route for his crew to take, explaining that they will have to get through another storm, but that it is the price to pay for reaching sunnier climes.

Biden promises to unify a country more divided than it has been in decades. Sanders is promising nothing of the kind, knowing full well that he is himself a very divisive politician.

If you asked Biden what it would mean to make America great again, he would say that he is hoping for a return to the Barack Obama era.

Sanders promises just the opposite: tearing up the rule book, a bit like Trump did in 2016.

The dilemma is all the more tricky since above all else, the Democrats want, above all else to select the candidate who has the best chance of beating Trump and to do so in time for Democratic National Convention in July.

The problem is that the Democrats cannot agree on whether it is Biden's vision or Sanders’ that has the best chance of winning over the majority of Americans and allowing their party to take control of the White House.

On one side, there are Democrats who support Sanders and argue that a revolution is necessary. This is the case for the popular Democratic politician from New York, Rep. Alexandria Ocasio-Cortez.

"Tinkering around the edges sometimes feels like the most politically feasible thing to do. But people will continue to suffer if we don't radically reimagine our system," Octavio-Cortez said recently in Iowa where she was campaigning alongside Sanders.

On the opposite side, there are Democrats like former Iowa Gov. Tom Vilsack, who is supporting Biden. Americans "just want someone they can be proud of, someone they can say to your kids, ‘Hey, that’s the president, go shake his hand,’" he explained to The New York Times, who recently ran a lengthy story on Biden's campaign. That being said, even if Biden and Sanders are running neck and neck in the polls, surprise is not out of the question; not this evening in Iowa nor anywhere in the United States over the course of the coming weeks.

A handful of candidates could still upset the apple cart.

But for Democrats, the agonizing choice remains the same. Elizabeth Warren, like Sanders, advocates radical solutions. Pete Buttigieg, Amy Klobuchar and Michael Bloomberg do not have revolutionary instincts. In short, the Democrats are going through a major identity crisis. It started in 2016. It hasn't stopped building ever since.

How will they manage to solve it?

The view of the voters in Iowa, a small state which several candidates have used as a springboard to the White House (starting with Democrat Jimmy Carter in 1976), could shed some light on the subject right now.