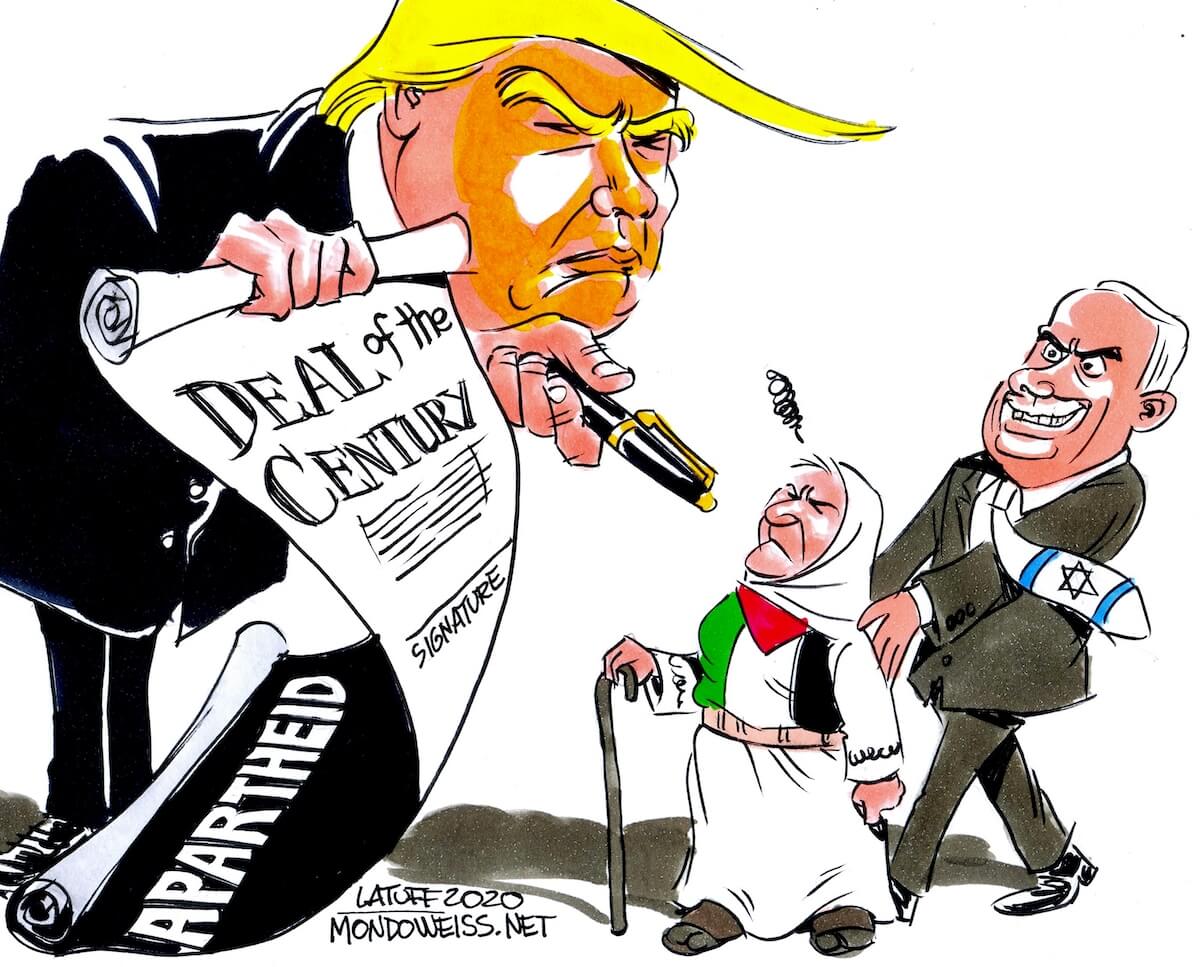 Donald Trump hasn’t unveiled any details of the “Deal of the Century” yet, and it remains unknown whether the revelation will be in the form of a vision bearing his imprint or a detailed solution for an agreement to be reached between the two struggling sides. Trump will definitely come up with a proposal that contradicts his openly disclosed conviction that any settlement should be within the realm of what both parties agree upon, as Israelis and Palestinians are equal parties in the conflict, who are concerned with the implementation of the deal without the interference of any foreign entity. Trump and his Middle Eastern affairs team never engaged in consultations or prepared for this proposal, although such a proposal deems such preparations crucial prerequisites, the lack of which would be harmful to the acceptance and implementation of the awaited proposal. The Israeli prime minister and his opponent in the upcoming election have been given the honor of being briefed on the proposal, as they have been invited to Washington for this purpose.

When it comes to such an approach, Jordan has reservations, as it only believes in viable solutions. The conflict never lacked solutions per se but entailed inapplicable solutions and plans that emerged without consultations, discussions and coordination with any of the concerned parties. Just by looking at it, Jordan was able to see that this proposal, which lacked coordination with the concerned entities, would be dead on arrival, although it stems from the mightiest and most influential power in the world. The American administration never invited any Arab country, be it Jordan, Egypt or the Palestinians themselves, to discuss the proposal, which is better because they would have been placed in an awkward situation, knowing that what would be offered would most probably be unacceptable. The extent of coordination and cooperation between the United States and the major countries in the region remains unknown. Unpublicized statements point to a reprehensible absence of any coordination between the strategic allies; this could be due to the nature of the administration’s unilateralism and its high-handed behavior in dealing with the allies, as it has done so with its diplomats and military personnel in the field. No one knows why the relationship with the United States has reached this level or what should have been done in order to avoid having to say, “We haven’t seen it.” This statement avoids internal criticism for our dealing with the deal of the century, albeit at a political cost to Jordan, and we can see clearly that it made a number of countries in the region happy.

The Jordanian reaction to this anticipated American announcement requires a lot of patience and wisdom. The last thing Jordan wants is to hastily voice objections under the pressure of the media, as the regional and local media will excel in pressing for a position, and the result will be that key regional players will be hiding behind it. What is required is a stable political stance that is heard by and addresses both the local and global arenas. There is no shame in saying that we are studying the American proposal and that we see some positive points in it, that we are skeptical about some other points and that we reject others, as we reaffirm the feasible Jordanian approach to the conflict. It wouldn’t hurt to throw the ball into the American administration’s court and ask them questions to clarify their recommendations before taking a final position on them.