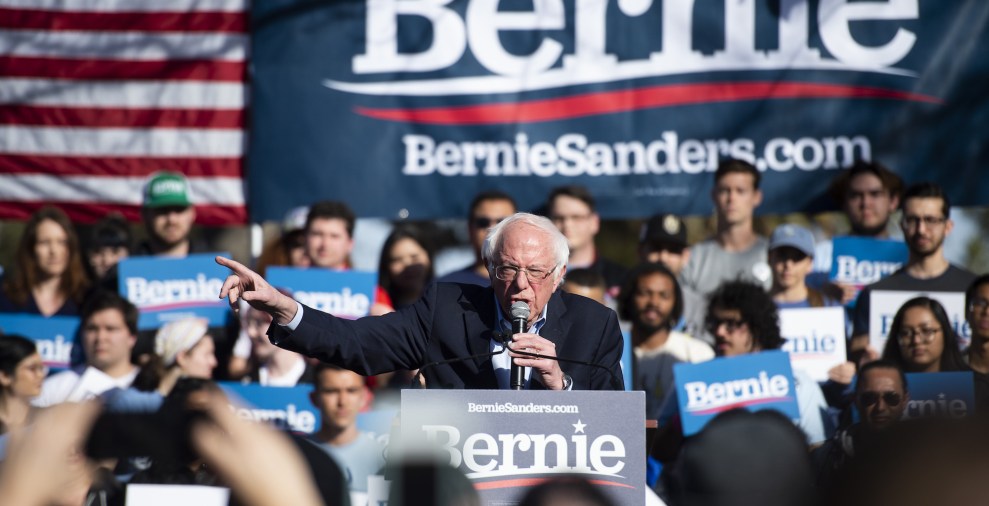 Bernie Sanders has also won the Nevada caucuses. If Democrats do not unite and support Sanders, there will not be much left for them to govern in future.

Bernie Sanders has done it. In Nevada, the democratic socialist representing Vermont as an independent in the U.S. Senate has once again overtaken the other Democratic candidates in the presidential race, even managing to leave them in the dust this time.

Although the final results will not be released until Sunday morning, March 1, there appears to be a clear winner already. Sanders has more than twice as many votes as former Vice President Joe Biden, who placed second, and almost three times as many votes as Pete Buttigieg, former mayor of South Bend, Indiana, who placed third.

If Sanders also manages to place first or even just second in South Carolina next week — this will be the first state to vote in the primaries in which the majority of voters are black and female — he will head into Super Tuesday on March 3 as the clear favorite.

On Super Tuesday, 14 states will vote on the same day, including both Texas and California, which are the two states with the most pledged delegates to award at the Democratic National Convention in Milwaukee in July.

However, if it has not done so already, the Democratic Party is sure to mobilize all available forces to avoid Sanders being chosen as the Democratic nominee, as members of the party either do not support him in principle for political reasons, because they feel he is too left wing — even though by European standards he is only a more or less honest social democrat — or still believe that someone who for decades has been using the highly negative term “socialist” to describe themselves simply cannot win the election.

To be more specific, this will initially mean a great increase in pressure for those members who are less extreme and oppose Sanders to stop splitting their votes between Biden, Buttigieg, Amy Klobuchar, Tom Steyer and soon also Michael Bloomberg. After Super Tuesday has concluded at the latest, at least three, but preferably four, candidates would need to drop out of the race if they want to avoid Sanders becoming the party’s nominee.

As to whoever is then left standing, however, no one really sparks much enthusiasm. The multibillionaire and former mayor of New York, Michael Bloomberg, who did not to take part in the first four presidential debates, is managing instead to buy his way up the polls with his record high spending on TV advertising, and has already had to deal with criticism for various mistakes he has made in the past. And his first, incredibly weak performance in the televised debate last week raised serious doubts about whether he actually has the potential to beat Donald Trump.

Buttigieg is young, white, gay and eloquent, but his political profile is unclear. He also probably still lacks the experience needed to become the Democratic presidential nominee. Klobuchar and Steyer have hardly polled above single digits, and the left wing Elizabeth Warren is not much better than Sanders in the eyes of moderate Democrats.

If Democrats want to pose a real threat to Trump in November, backing a candidate other than Sanders is not the best way to go about it. What they should do instead is obvious, really. If Sanders emerges from Super Tuesday as the frontrunner with the most pledged delegates, they should join together and support him, stop arguing, and stop sinking their teeth into each other and unite against Trump.

They will still be able to argue about specifics between the White House and Congress if they win the election. However, if they lose, and Trump is allowed to continue on his path of destruction for another four years, there will not be much left for the Democrats to govern in future.