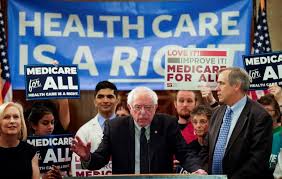 In 2016, the U.S. political elite, which had been accustomed to predictable changes in the country’s political power, faced a major calamity for the first time in decades. Donald Trump. a political outsider who possessed zero experience in any government or elected position, swept the Republican primaries out from under the Bush clan. After that, Trump defeated the Clinton family despite what the polls had predicted.

Over the last year, key Republican Party spokesmen seem to have come to terms with their unfortunate situation and have obeyed Trump. The Democrats, however, are still in shock because of their diminished political power amid increasingly turbulent U.S. politics.

Democratic analysts have been persistently coming up with all kinds of paranoid reasons for Hillary Clinton’s epic loss in the 2016 election, from deeply rooted misogyny in American society to Russian online trolls. They will do anything to avoid admitting that the primary reason was that the Washington, D.C., “corporatocracy” is utterly dysfunctional.

In a predictable response to Trump’s right-wing populism, left-wing populism started gaining wider support. In 2016, the United States senator from Vermont, democratic socialist Bernie Sanders, failed to get enough internal Democratic Party support since the system was and still is rigged against a candidate like him. This time, however, he is a favorite candidate of the U.S. working class and of millennials, prepared to fight hostile representatives of the Democratic establishment. His campaign is hitting all sorts of fundraising records, reaching an astonishing $46.5 million in February alone. Remarkably, most campaign donations come from teachers, and there is not a single contribution from any billionaire.

Speaking of billionaires, the 108th mayor of New York City and the owner of the Bloomberg LP media company, Michael Bloomberg is the only one who has a bigger campaign fund than Sanders. According to several sources, Bloomberg, who is among the top 10 wealthiest people in the world, decided to enter the primaries after consulting with the wealthiest man on the planet, Amazon founder Jeff Bezos.*

U.S. oligarchs have become seriously alarmed by the possibility of progressive candidates winning the primaries since progressives argue for increasing taxes for the wealthy. Sanders has aggressively criticized Amazon and other big corporations for the fact that they have not contributed a dime to the U.S. budget in years. Thus, it does not seem surprising that shortly before the Nevada presidential caucuses, a strategically very important event for Sanders, The Washington Post, owned by Bezos, published an article claiming that Russia was trying to help Sanders win.

It is interesting to note that Republican Party spokesmen, who went above and beyond in their efforts to debunk the Russiagate story in advance of the 2020 presidential election claiming that it was a cheap trick designed by the Democrats to fight Trump, have this time readily accepted the narrative about Sanders. They support the claim that this year, Russia would definitely prefer “Comrade Sanders” over Trump. However, if one looks at the Nevada results and Sanders’ leading positions in the majority of states on Super Tuesday, Democratic voters did not take The Washington Post article too seriously. Trump supporters also do not seem to react to countless fabricated facts concerning Russian meddling.

Coronavirus, on the other hand, might affect the results of the United States presidential election in much more serious ways. President Trump, who has been preoccupied with the trade war with China, now faces criticism for neglecting the real threat, COVID-19. In Washington state alone, the death toll has reached six, and more than 100 people have tested positive for the virus nationwide. No one can identify the exact number of people who tested positively. Frightened residents of Costa Mesa, California, and Anniston, Alabama, are protesting against placing infected U.S. citizens who were aboard the now infamous Diamond Princess cruise ship in their communities, waving posters that say, “Don’t transform our town into Wuhan!”**

One of the most important indicators of Trump’s first term, the Dow Jones futures, plunged after the virus outbreak. Furthermore, the uncertainty surrounding the U.S. government response to the COVID-19 crisis has combined with the generally precarious state of U.S. health care. Recently, the Miami Herald published a story about a Florida resident who willingly decided to get tested for COVID-19 after traveling to China, and received a bill amounting to thousands of dollars soon after that.

However, moderate candidates have been consolidating around Joe Biden, which might mean that it would not make much of a difference how many Americans support the more radical ideas of democratic socialism. Having enough voter support does not necessarily guarantee victory in the primaries. It looks like superdelegates will determine Trump’s opponent on Nov. 3. Their votes mean much more for a candidate’s victory than the support of the general electorate. This is the main threat to U.S. democracy, not phobias, rumors and fabricated data on coronavirus and Russian hackers.

**Editor’s note: Although accurately translated, this quoted message could not be independently verified.