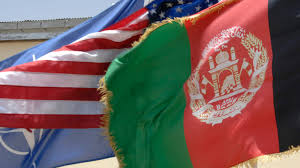 The Afghan Taliban had, and still have, the advantage over the United States. They already had the advantage when direct negotiations opened with Washington in the summer of 2018, when Donald Trump promised his supporters that he would withdraw American troops from Afghanistan whether an agreement was reached or not. They still held the advantage as difficult inter-Afghan peace negotiations were supposed to start on March 3 seeking to end the 18-year war once and for all.

We admit that the agreement reached over a week ago between the Taliban and the U.S. is historic, as it gives Americans a way out of the longest conflict in their history. However, as it has been suspected for a long time following the ouster of the fundamentalist Taliban from power in 2011, there is a good chance that history will mainly remember that the Western effort to set the principles of freedom and democracy in stone in Afghanistan has been rather unsuccessful, especially for women.

The agreement signed in Doha is a secret for the most part, but it is basically an “every man for himself” deal for Americans that Trump will want to paint as a diplomatic success – not that he really needs to, as the overwhelming fear of the coronavirus will keep on being the main focus of public opinion and overshadow other issues.

Now, the U.S. has committed to reduce its troops from 12,000 to 8,600 soldiers within the next four months, and to withdraw completely over the next nine months. At the same time, the Afghan part of the deal is quite vague; the rebels promised to reduce the violence and refuse entry to any jihadi group seeking access to Afghan territory, which is a key point for the United States. The American diplomats can reiterate that the deal is “conditional” all they want; its dynamic shows that Washington decided to get out quickly whatever the cost, and that in the end, it is outsourcing American national security to the Taliban. In fact, the intensity of Taliban attacks against the Afghan security forces has not decreased since the agreement was signed, and approximately 30 people, including women and children, were killed last Friday in a raid for which the Islamic State claimed responsibility..

In this context, it is hard not to worry about the inter-Afghan discussion that now has to occur to bring peace. It is a discussion the Afghan government must start with the Taliban since the Afghan government was completely excluded from the talks concerning the withdrawal of American troops. It is worrisome because first, the Taliban are not a homogeneous movement, and secondly, because the Afghan government is highly corrupt and disorganized and is currently experiencing an open civil war between President Ashraf Ghani and his right-hand man, Abdullah Abdullah, who were supposed to share power. This resulted in a sad spectacle on March 9, in which Ghani, officially reelected president last September, and Abdullah, who contested that victory, each organized their own inauguration in different wings of the presidential palace.

That said, it is very important for a discussion to take place, so that the parties can lay the foundations of a national reconciliation, and while truly reconciling with fanatics may not be possible, it could at least mean the end of a rule by weapons and violence. The discussion is also necessary so that the country can emerge from its narcotic state, and so that the respect for fundamental rights and women’s rights can advance. Those issues were totally absent from the agreement between Washington and the Taliban. The discussion is also necessary so that Pakistan stops being a dead weight.

Apparently, despite everything, there is some hope inside the country. In addition, the international community has a role to play in supporting those peace efforts each step of the way. It will require fine diplomatic skills. Canada was militarily involved in Afghanistan until 2014. It should make itself useful and help the peace negotiations.

Some people comfort themselves with the idea that the withdrawal agreement polished by Washington means that at least the Afghan people are free from American military rule and are now masters of their future. It is fair, and it is also not fair. After 18 years of a pointless war, by withdrawing haphazardly, the U.S. is now leaving Afghan men and women to their fates.