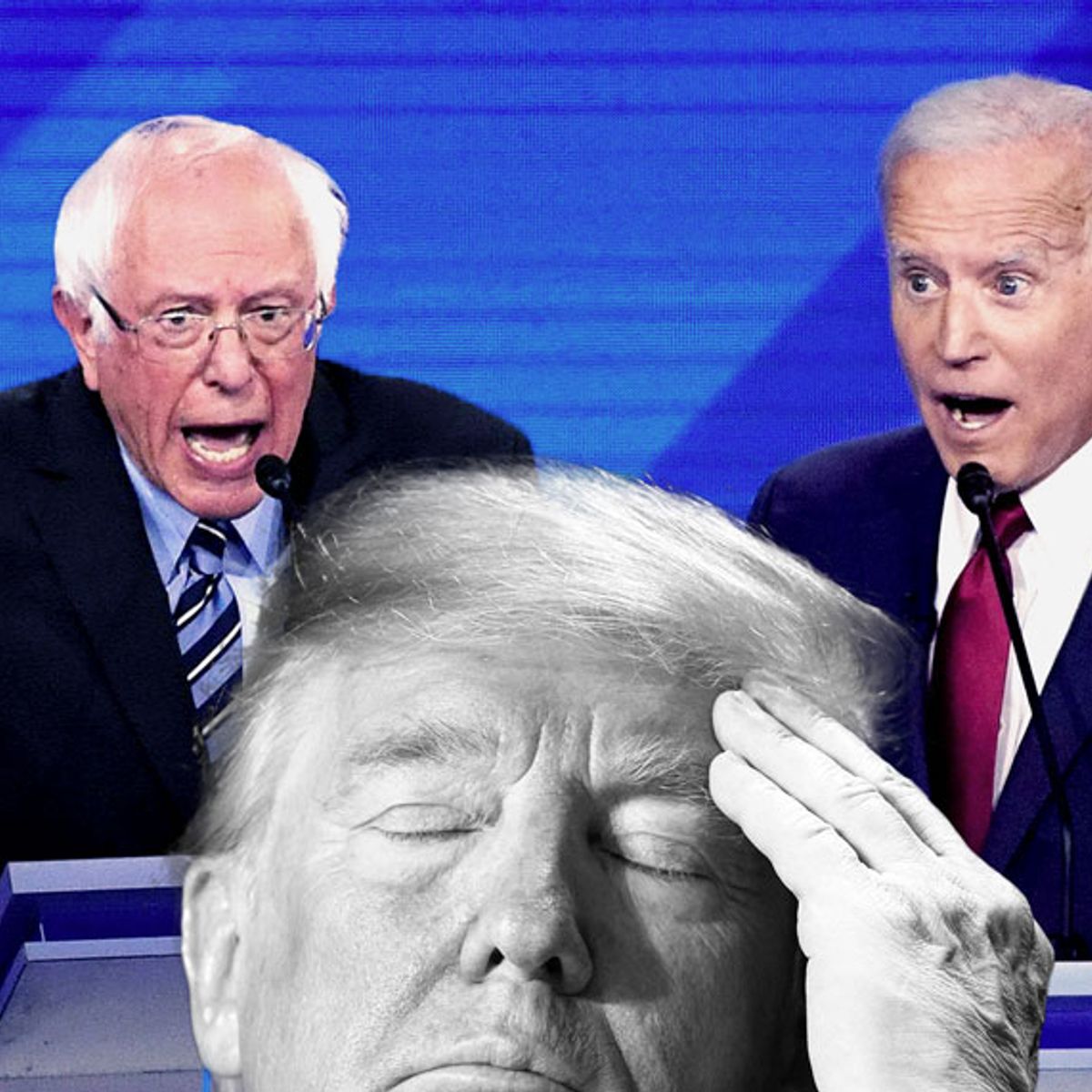 The now credible possibility that Joe Biden could topple Donald Trump in November feels a bit like something is being restored. Biden was Barack Obama’s vice president; he’s already spent eight years in the White House.

In the Democratic primary campaign, which simplified spectacularly in his favor six days ago, Biden has once again become the favorite of the so-called moderate or centrist camp (also called the “establishment camp”), against his last serious opponent, Bernie Sanders.

For his part, Sanders has assumed the posture of the disruptor, of the revolutionary socialist, which, prior to the 2016 arrival as a presidential candidate of this lone senator, the former mayor of Burlington, was unprecedented at this level in American politics. But beware of shortcuts and optical illusions.

Restoring things? A return to a “pre-Trump” time? As if these three years of Trump’s presidency were just a moment of confusion, a bad dream quickly erased?

That is false and impossible. Yes, Trump’s defeat is plausible this fall, despite an election process that will force his Democratic opponent to beat him by at least three or four percentage points to win the Electoral College.

But such a result will never erase what has happened (or what has been accentuated) since November 2016: a new relationship with reality; the rise of fake news (which Trump both denounces and celebrates on a daily basis); popular disinterest in politics, or the radicalism of those (both pro and anti-Trump) who are still involved in it; the collapse of the center, of dialogue, and of “bipartisanship,” which once was the centerpiece of congressional maneuvering; the radical international decline of the United States, etc.

Is Biden a candidate of the Democratic Party’s right? Not really. It’s true that there are portions of the Democratic Party today that are shaken up, frightened by the effective campaign of Sanders, the Vermont “revolutionary,” who see in Biden someone who would have a better chance going head-to-head with Trump.

However, as economist Thomas Piketty argued this weekend in Le Monde (following John R. MacArthur last week in these pages), Sanders often has better polling numbers than Biden in simulations pitting him against Trump. And he is the one most likely to mobilize the votes of the youngest and poorest in favor of the Democrats.

Is Sanders a revolutionary socialist? No. Here, let’s paraphrase the columnist Paul Krugman in several recent texts: Bernie Sanders is not as far left as you might think … and he says so himself! His talk of a “revolutionary rupture” is more posture than policy.

Sanders is a European social democrat. He favors taxes, public spending on education and health care for all.

What’s more, in the debates of the last few months – this was Frank Bruni’s argument on Saturday in The New York Times – he won the battle of ideas and pulled almost all of the candidates to the left. A tax on the wealthy was also part of Elizabeth Warren and Biden’s platforms … and even Michael Bloomberg’s! Biden has a, wait for it, $1.7 trillion climate plan.

But Sanders, by his tone, his intransigence, his refusal to compromise and his alliances, transmits an odor of dogmatism (which doesn’t mean extremism). And let’s not forget some of his supporters, who are quick to cry treason and hate their opponents, including some Democrats. This is the mirror image of the militant ardor of the pro-Trump crowd.

And then there’s that well-documented “philo-Soviet” past, which will provide the opposing camp with a prime target this fall. Hence, the idea that, despite his current good numbers, a Sanders candidacy will not stand up to the Trump machine.

Biden’s sole, and perhaps brief, mission this fall is to put an end to this presidency … then quickly pass the baton.