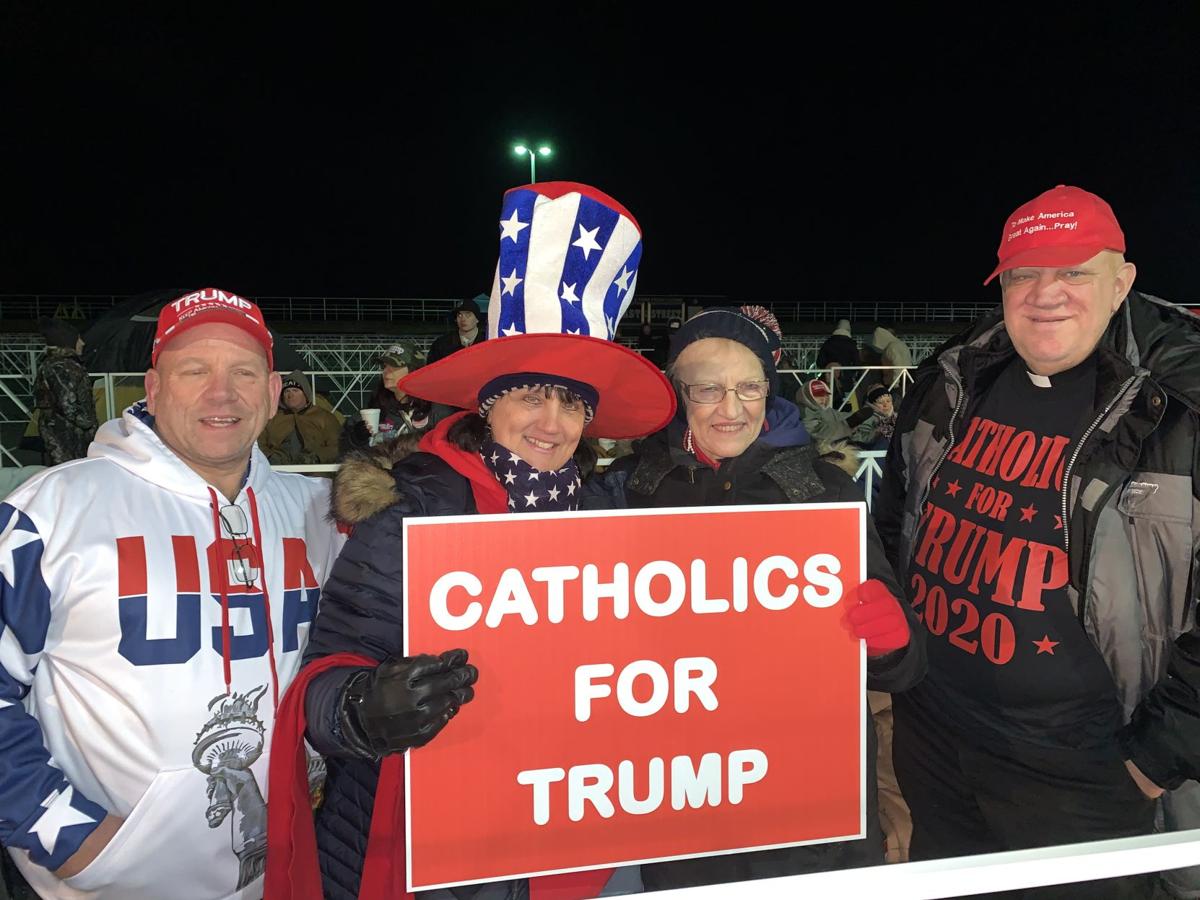 President Donald Trump’s campaign office has announced the creation of the “Catholics for Trump” movement. The presentation of the movement was supposed to take place on Thursday, March 19, in Milwaukee, Wisconsin. It was envisaged that Catholics from across the entire United States who are campaigning for President Trump's reelection would take part in the event. And although it was announced that it would be postponed due to the coronavirus outbreak, it hasn’t yet been canceled.

It’s possible that the decision to create the “Catholics for Trump” movement could have been influenced by the Vote Common Good group’s initiative to begin a bus tour of American states, in order to prevent the reelection of the president, which was advertised in January of this year. As Patrick Carolan, a representative of the group, said, “Our goal is to reach moderate, middle-of-the-road Catholics, who in the past have voted Democratic but switched and helped elect Trump.” In turn, the executive director of VCG, Doug Pagitt, said, “We’re not asking Republicans to stop being Republicans. We’re just asking them to not vote for this one.” The activists envision making so-called religious left evangelicals and Catholics their main target.

In contrast to white Protestants, whom Trump’s campaign office doesn’t need to work on (they already for the most part support the current president), the need to step up engagement with the Catholic minority is obvious. According to the results of a survey carried out in February by Christian broadcaster EWTN News and RealClear Opinion Research, Trump’s approval rating among Catholics has risen by 3% since December 2019, meaning it now stands at a total of 47%. However, he is still trailing behind the Democratic candidates. What’s interesting is that the current president has won the most sympathy among “devout Catholics” and Latinos. Some 54% of Catholic voters have said that they might vote for Trump in 2020, and 34% will definitely do so. Of the president’s supporters, 67% are “devout Catholics” and 52% are Latinos. According to a representative of RealClear Opinion Research, "[this] second poll confirms even more starkly what we learned in the first — that the Catholic vote is certainly not a monolith.” The executive editor of EWTN News, Matthew Bunson, adds, “[N]o campaign can ignore Catholics, most so President Trump.”

And without the “devout Catholics” and evangelicals, he cannot win in 2020. But the open engagement of Catholics in Trump’s election campaign is creating major challenges for the Catholic hierarchy. Of course, the bishops have their preferred politicians whom they support, but they are trying hard to carefully mask this. The “Catholics for Trump” movement is a public one. It is leading to a situation in which American Catholics will be organized into groups at a grassroots level, which the hierarchy will not be able to monitor. And who knows whether these groups will go their separate ways once the election is over, or if they’ll decide to form their own social connections, turn this into a constant arrangement, and stop listening to the priests and bishops. It’s therefore not surprising that Milwaukee Archbishop Jerome Listecki has immediately distanced himself from the “Catholics for Trump” initiative. He stated that neither the Catholic Church nor the Archdiocese has anything to do with the movement, nor do they approve of it.

However, who can guarantee that the flock will listen to its shepherd? As American publications remind us, despite the fact that the church has been separate from the state since the country was founded, religion plays an extremely important role in the U.S. All 45 American presidents have been Christians. True, only one of them was Catholic, John F. Kennedy, and he was assassinated. Historically, it has been harder for Catholic politicians to get to the top than it has been for Protestants. For instance, during his election campaign, Kennedy had to prove that he wasn’t an “agent of the Vatican,” and that the pope’s guidance could only influence him as a believer, not as the head of state. With Trump's election, Catholic analysts, supporters of Pope Francis, have become fixated on the tendency for a “dangerous link” to appear between certain groups of American Catholics and Protestants who identify with each other on issues such as opposing abortion and same-sex marriage, as well as support for religious education in schools, and with people who are characterized by “xenophobic and Islamophobic views."

In other words, for these Catholics, Trump will be more of a Catholic than the pope. And support from the American president for the anti-abortion movement is more important than the social teachings and the messages of the Holy See. Thus, we can’t rule out the possibility that, if he’s reelected, the “Catholics for Trump” movement will have a serious impact on the president during his second term. But he needs to win their sympathy; that is, make certain compromises, take the appropriate steps. It might be that, as a result, Trump will become the second “Catholic” president in U.S. history. However, this will be a version of Catholicism that will make both the American Catholic hierarchy and the Vatican shudder.