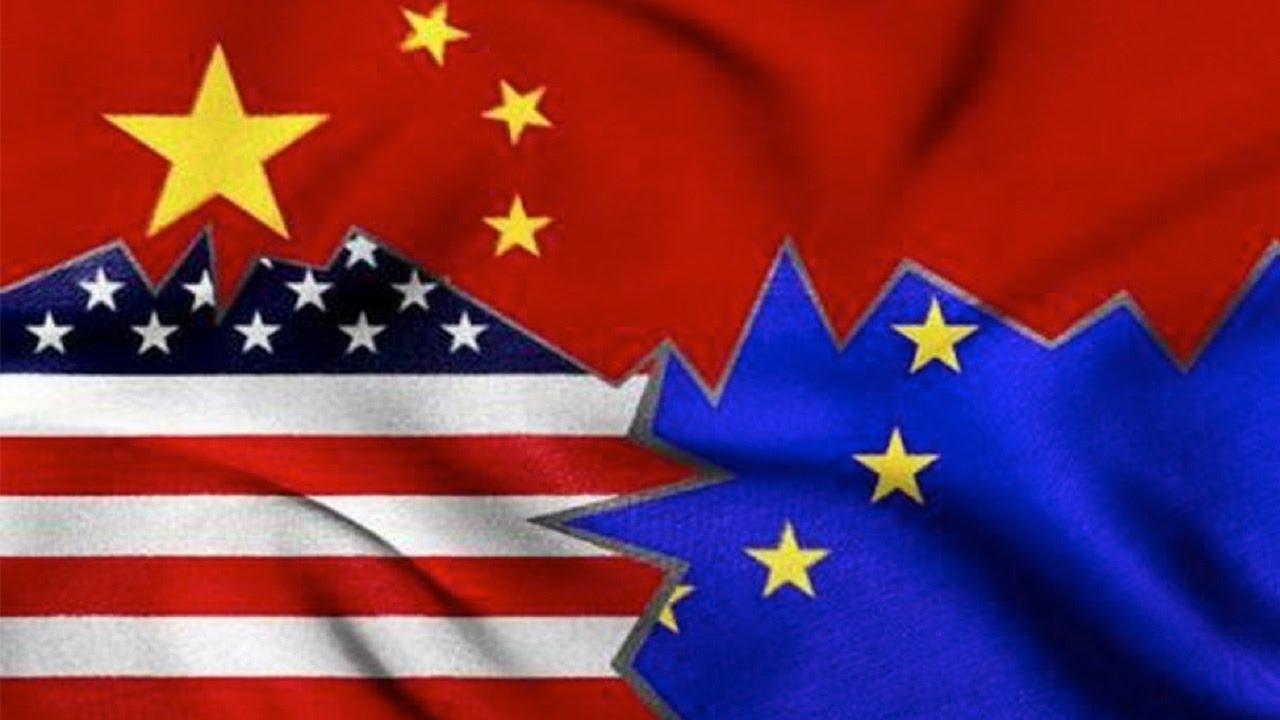 Europe is turning into one of the fronts of the great U.S.-China war, which has now moved to a new stage since President Donald Trump accused Beijing of creating the novel coronavirus that triggered a pandemic and intensified the economic crisis. Referring to certain intelligence information, Trump declared he has seen evidence that COVID-19 was developed in the Wuhan Institute of Virology. He emphasized that the Chinese authorities were either unable to contain the spread of the virus, or they had decided that it wasn’t worth doing so. In addition to this, Trump also talked about the Chinese authorities' wish to ensure his loss in the upcoming election on account of a trade deal that has brought in “billions of dollars” for the U.S.

“If politics is to designate the opponent, then it must be recognized that Donald Trump is the first to bet on casting China in this role rather than Russia,” notes political scientist Florent Parmentier. “This is a major change: Russia has had a bad reputation for a very long time; the first sanctions for its breach of human rights dates back to the end of the 19th century.” This new reality is directly affecting Europe, inasmuch as Europe now needs to react. However, in contrast to the Cold War, when European politicians, the expert community and the media were all predominantly playing for Washington, today’s situation is more ambiguous. Moscow is a convenient enemy, but not just because that’s what people are used to. Russia is considered a military threat, which is clear from the rationale behind the sanctions that have been imposed on the country. Beijing has only just started being viewed as an enemy; thus, Europe is not expecting any military aggression, but is facing pressure from China. This is where it becomes hard to differentiate between healthy competition and bad faith, and it’s even harder to convince the public of what’s what. The coronavirus pandemic is simultaneously hindering and helping those who wish China ill.

It’s hindering them in that the Chinese government was the first to assist Italy, while the European Union and its institutes, as well as the EU’s powerhouse countries, were asleep. And it’s helping in that Chinese diplomacy in Europe has started to bare its teeth in response to the accusations against Beijing. A Twitter war is now taking place between Chinese and U.S. ambassadors in France and Poland. The diplomats are exchanging public attacks, which is putting the local authorities in an awkward position. This is so particularly in Warsaw. Just recently, Polish President Andrzej Duda contacted Chinese leader Xi Jinping and came to an agreement with him about supplies of medical equipment and medication. Polish state companies organized and paid for cargo flights, and Polish Prime Minister Mateusz Morawiecki personally met the AN-225 Mriya, the world’s largest transport plane when it arrived from China. This evolving collision has prompted Polish analyst Marek Budzisz to pose the following question: Where will Poland’s place be? In which camp, the American or the Chinese? “It may seem obvious to us in Warsaw,” writes Budzisz, “but it’s not so clear from Washington’s perspective. This is evidenced by two publications that have recently appeared in the United States, which is, as you might suppose, a warning to Central Europe, including Poland…”

As a result, preparations are being made to punish China. Several Western publications are reporting that Chinese diplomats have significantly ramped up their activity to counter the negative image being spread about their country in relation to the pandemic. “As the world grapples with the coronavirus crisis, China’s diplomats are waging an online information war,” Politico reports. “If Russia is a tropical storm, then China is climate change,” the director of the NATO Strategic Communications Centre of Excellence, Janis Sarts, told the publication. “They have the technology that Russia just doesn’t have. Their capabilities are enormous.” Such a diagnosis should be followed by action. People are already starting to discuss the conceptual direction of the future global anti-China campaign. For example, Xi is being referred to as the “pure product of Leninism and its avatar, Stalinism.” He is being accused of having an “obsession with secrecy, an obsession with greatness (the new Silk Road), and being aggressive toward both the Americans and China’s closest neighbors.” Attaching such labels is very dangerous, particularly for Moscow. Casting Beijing as “Stalin’s successor” means, among other things, that any public acts in Russia related to both “Stalinism” and “anti-Stalinism” will be interpreted in the West in terms of whose hand they play into – that of pro-Chinese or “anti-Chinese” propaganda.

Those who rely on trans-Atlantic cooperation for business or who directly receive grants from Washington will fight on the vanguard of the great U.S.-China war in Europe.That said, there are some disgruntled voices. Germany is still skeptical about the U.S. According to the German newspaper Frankfurter Allgemeine Zeitung, during the pandemic, Trump “has said so much outrageous nonsense and told so many lies that he has no credibility beyond those who support him.” And “that is fatal,” because “not knowing where the Chinese disinformation ends and where Trump’s starts is not only weakening the American position in the struggle with China, which goes far beyond controlling the epidemic, but the entire Western position.” However, we can’t rule out the possibility that if a Democratic candidate wins the U.S. presidential election this November, Berlin will look more favorably upon Washington’s anti-China rhetoric. All in all, the turning point will come if and when the Europeans have to start paying for the fight with China themselves. This hasn’t happened yet. But we can’t be sure that it won’t happen, either.