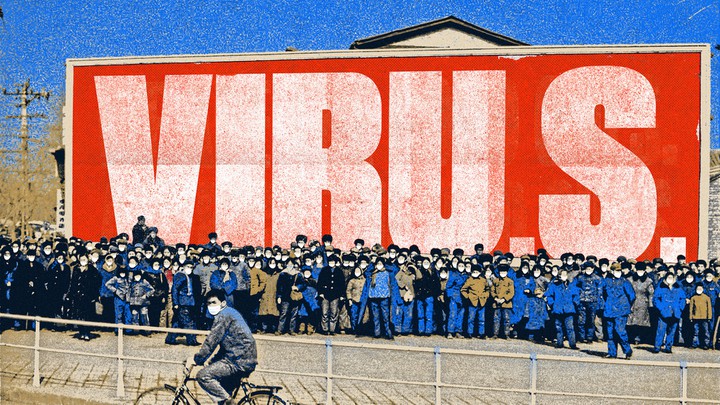 Political scientist Igor Zevelev on why the pandemic has hurt geopolitical rivals: the U.S. and China

The U.S. and China, two political rivals, have emerged from the critical phase of the coronavirus outbreak with serious casualties. The struggle against COVID-19 revealed major weaknesses in these two global development leaders. There is domestic conflict in the U.S. on the one hand, and a distrust of China among many countries, on the other.

The challenges of the coronavirus are best endured by states that aren’t concerned with constantly proving their exceptionalism and which instead concentrate on creating safe and comfortable conditions for their citizens. Among these are Germany, Japan, South Korea and Australia, as well as several small European states and Southeast Asia. The key to their success lies in a combination of four factors: the accountability and transparency of public authorities, the awareness and organization of citizens, an innovative and industrial base, and an inclusive evidence-based health care system.

America has three characteristics that prevent it from effectively dealing with the crisis.

First of all, the “developing nation” aspect of a segment of American society – the uneducated group with low incomes, poor health conditions, and the inability to work remotely – was in the most vulnerable position. Economic inequality has been layered over unresolved racial problems. For example, in Michigan and Missouri, 40% of those who died from the coronavirus were African Americans. At the same time, they only make up 12%-14% of the population. In Wisconsin, they accounted for 32% and 7% respectively. The tragic events in Minneapolis and the subsequent mass riots in many cities demonstrated again the full severity of the racial and social problems.

The second characteristic is individualism and the state’s institutions themselves. Hairdressers who opened their salons despite government bans became national heroes in the spirit of old Hollywood movies that glorify the freedom and independence of Americans in the Wild West.

Third, there’s extreme political polarization, which directs all the elites' efforts toward criticizing the actions of political opponents from another party, rather than searching for national solutions during a major crisis. The results of this are evident: the U.S. has the largest number of COVID-19 cases in the world at 1.8 million, and more than 100,000 deaths.

China is handling the novel coronavirus much better with 83,000 cases and fewer than 5,000 deaths. Its main problem comes from a distrust of Beijing in many parts of the world, primarily in the West and from Asian neighbors.

Specifically, there were suspicions that a Wuhan laboratory was involved in the spread of the virus, accusations that information was concealed, and Western media reports that drew attention to the harassment of specialists and activists who expressed opinions that differed from the party line. Some 84% of Americans do not trust the Chinese government’s data regarding the coronavirus. It is only possible to get credible answers about the lack of trust and allegations of manipulation and concealment of information by listening to countries that have freedom of speech, independent media, nongovernmental organizations and political opposition. China doesn’t have any of these things.

Russia has often compared itself to the superpowers. However, the pandemic has accelerated the demise of the very concept of a “superpower” or a “great power.” The mantras of leaders about the greatness of their country seem less convincing to everyone, and there’s a greater demand for efficiency in solving new challenges. In using technocratic measures to combat the spread of the virus in Russia, the worst has been avoided so far. Yet, in order to adequately address new threats in the future, it is necessary to recognize which countries have a solid margin of safety, exhibit stability during a crisis, are trusted by the world— and how they have achieved these things.