The reality is, with a little over a year to go before voting begins, the incumbent president’s position is far from strong.
If there is one thing that cannot be questioned, it’s any lack of coherence by Donald Trump. During his campaign, he made it clear what his administration’s imprint would be, and that script has not changed. During his first year, he ferociously attacked the media, which he considers hostile to his leadership. [Read more] 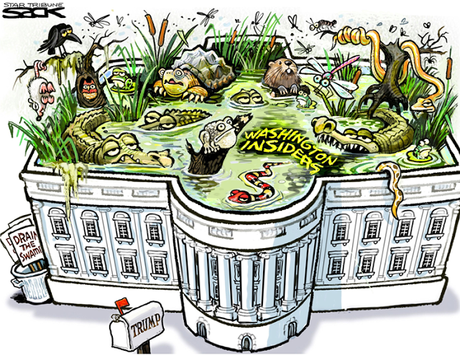 Trump has managed to pull the wool over his voters’ eyes by attacking the decisions made by his predecessor in a systematic and almost obsessive manner.
A poll conducted by the Pew Research Center, which interviewed people in 37 countries, revealed that the popularity of U.S. President Donald Trump outside the U.S. is not particularly high except for Russia and Israel who believed that he is doing better than his predecessor Barack Obama. More than 40 thousand people [Read more]

<i>Opinion: According to Americans, any TV president would be better than Barack Obama, criminal or not.</i> Americans prefer fictional presidents to their real one, Barack Obama. Of those surveyed for a Reuters-Ipsos poll, 57 percent indicated that they would be supportive if Frank Underwood, president in “House [Read more]
Tuesday’s elections for the Senate and the House of Representatives will contradict that overused refrain of American politics: “The economy, stupid.” Obama isn’t on any of the ballots, comments Charles Blow, a columnist for The New York Times, but “he will most certainly be on them in spirit.” And the [Read more]
What is the worst thing a Democratic candidate in the upcoming Nov. 4 elections for U.S. Congress can say? That he or she voted for Obama. Alison Lundergan Grimes, who until recently had been in close competition with Republican Senate Minority Leader Mitch McConnell, declined to say for whom she had voted in 2012. Two [Read more]
In less than a month, the United States will be faced with the mid-term elections, which will take place on Nov. 4. It is then that it will elect the 435 members of the House of Representatives and one-third of the Senate, as well as some state governors. The elections are considered to be more of an evaluation of the [Read more]