The U.S. is undergoing its more expansive public health care reform in 40 years. It will cost a lot of money and will involve so many interests in order to provide medical coverage to 46,000 uninsured Americans. While the schedule to discuss the medical reform is ready, the U.S. Congress will officially begin to [Read more]
Flexible, moderate and multilateralism emphasizing “soft power” diplomacy does not exclude the usage of forceful and unilateral means to solve problems. It is also impossible for the Obama administration to exclude those means.
The debate over whether China should hold the largest chunk of America's national debt has many arguments. According to data published by the American Ministry of Finance on April 15, 2009, China's share of America's national debt rose by $23.7 billion in March 2009 to total $767.9 billion in April. This increase has [Read more] 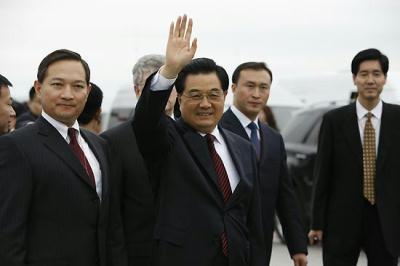 It’s obvious that E.U. and America are working to persuade Middle Eastern countries to cooperate in order to establish suitable conditions for a new round of talks.
The U.S.’s attempt to make North Korea a normal country, compliant with generally-accepted rules of the game, by erasing its name from the list of State Sponsors of Terrorism was once again shattered with a North Korean nuclear test. North Korea also used up a bargaining chip, effectively reducing America’s cost of [Read more]
CNN reported on June 15th that, in light of the potential for social unrest in Iran following the presidential election there, the U.S. military commander in the Middle East has already received his orders and has commanded troops in the Persian Gulf to behave with discipline and prudence. This is the only confirmed [Read more] 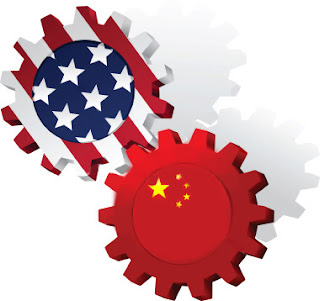 Li Wei, Assistant Director at the Sino-U.S. Relations Research Center at Tsinghua University and a doctor of international relations recently reported that in the last week of May, China received four groups of visiting U.S. government officials, including three congressional delegations and one special government [Read more]
International pressure as well as American and South Korean troop movements must certainly intimidate North Korea. What is more, North Korea is unable to afford a war right now due to its economy; thus North Korea has shifted from engagement with a military focus to a more diplomatic tone with the capture of the two [Read more]
Five months since the establishment of Barack Obama's administration, through a series of visits to South America, Europe and Middle East, the new U.S. president demonstrated a different diplomatic policy in terms of ideology, strategy and style from the past administration. Using U.S. Secretary of State Hilary [Read more]
« 1 … 406 407 408 409 410 … 432 »