President Barack Obama has gone to the Middle East to seek reconciliation and help from the Arab world while nations sit on the edge of their seats, waiting to hear what the President has to say about his primary focus: Israel and Palestine. The bottom line is this: will Obama’s Cairo speech ‘betray’ Israel or [Read more] After his lightning visit to Germany, President Obama arrived in France on June 5th to participate in a commemoration of the 65th anniversary of the Allied Forces’ invasion of Normandy during WWII scheduled the next day. French President Sarkozy spoke of the improvements in Franco-American relations since he became [Read more]

Even if Sino-U.S. relations are not completely out of the pattern of “U.S. pushes, China responds,” formed after China reformed and opened itself up to the world, they are changing profoundly. Facing this kind of change, our first task is to make us stronger and keep improving the power difference between China [Read more]
This will definitely make people suspicious: where is the safety in U.S. treasury bonds? What methods will the U.S. take to ensure that investments in the U.S. dollar are safe?
Judging from history and experience, Geithner’s empty promise will prove quite worthless.
At the end of this month, United States Secretary of Treasury Timothy Geithner will set out for Beijing. This will be his first trip to Beijing since he took office. Acting as the Obama administration’s leading figure in trade policies regarding China, Geithner’s trip highlights the importance of strengthening [Read more]
Right now at the Senate Committee on Banking, U.S. Secretary of Treasury Timothy Geithner is saying that China is allowing the RMB exchange rate to appreciate rapidly and is reducing its intervention of the RMB exchange rate. Four months ago at the same occasion, designated Secretary of Treasury Geithner condemned [Read more] 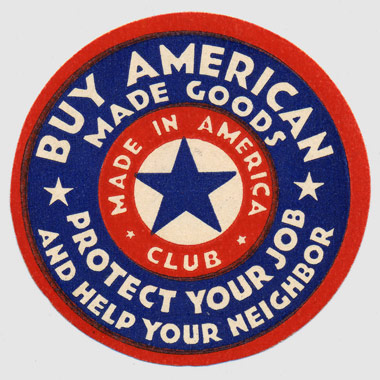 Success in dealing with the crisis depends not only on charisma and slogans, but on leadership ability, authority, courage and foresight to go beyond policies of different interest groups.

On May 25, North Korea had its second nuclear test that it claimed a “success.” Even though the test was more powerful than the previous one, it did not receive stronger international responses than those for the first test. China condemned the test as it did the previous one. The U.S., Japan, South Korea and [Read more]
According to Chrysler’s and General Motor’s reports, we can see that there still is a big dispute over the future of the American market. Chrysler reports: American people need 12 million to 13 million vehicles per year; General Motors reports: the automobile market will come back to life, and the annual need will [Read more]
« 1 … 407 408 409 410 411 … 432 »