While the European Union opens a new era of relations with Cuba and begins a permanent process of cooperation and investment on the island, the U.S. administration takes a step in the opposite direction, arbitrarily passing legislation that casts a shadow over the historic agreements reached by Presidents Raul Castro [Read more]
Politicians from anywhere in the world can have no illusions about their ability to “persuade” a pope. This obviously applies to U.S. presidents, even after World War II, when the United States has become the undisputed leader of Western civilization. Pope Francis is in the United States for his first visit, [Read more] The winner, without firing a shot, but also with the help of Pope Francis, is the U.S. President Barack Obama. Among the losers, a thousand miles away, is the man in the Kremlin. 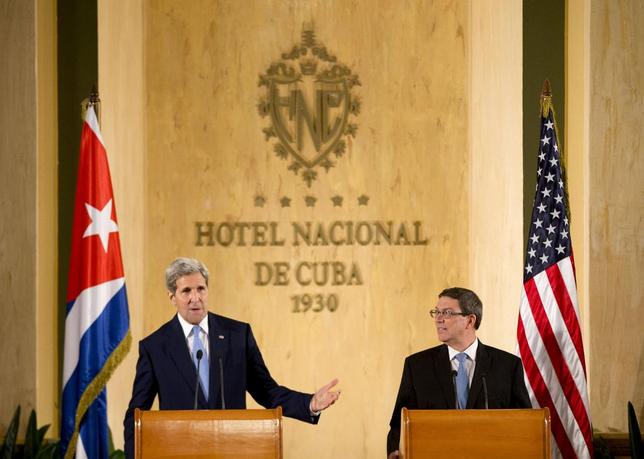 The majority of the Cuban population will receive John Kerry without knowing who this first secretary of state to visit the island in 70 years is.
On July 20, for the first time in half a century, the Cuban flag was raised over the Cuban Embassy in Washington, D.C. On Aug. 14, the American flag will be raised over the U.S. Embassy in Havana. Relations between the United States and Cuba have been fully restored. This is the last of a series of symbolic and [Read more]

Obama has made a grave mistake by leaving behind the policy of the 10 presidents, Democrats and Republicans that came before him. You cannot demand that your enemy suddenly become your friend and begin to think like you do.
On Feb. 27, the second round of negotiations concerning the normalization of political and economic relations between Cuba and the United States begins in Washington. As is widely known, relations between the two countries were broken off after the Cuban Revolution. Signs of a warming were outlined on Dec. 17 of last [Read more]