Colombian President Juan Manuel Santos said that if Proposition 19 is approved next Tuesday in California, legalizing marijuana in that state, then that would obligate his country to reconsider its own drug policy. Santos continued to say that he would not know how to explain to a Colombian farmer that “we are going [Read more]
What goes up is inevitably doomed to fall. And the American Democratic President Barack Obama was helped up to be elected two years ago with such a frenzy of excitement and hope that it couldn’t be helped that he fell back, getting dealt a heavier fall than usual. On Nov. 2, midterm elections will be held in the [Read more]
In the public debate during the legislative elections, we hear a lot about taxes, public debt, health care reform and the latest antics of candidates such as Christine O'Donnell and Carl Paladino. However, another key issue for the future of the country is passing almost unnoticed: education. To attract the attention [Read more] 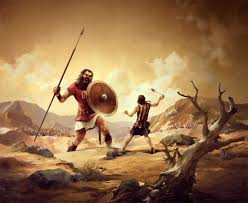 Efforts to prevent the spread of the documents are perhaps the determining factor in assessing the WikiLeaks decision...a test of strength between a small, almost clandestine nonprofit organization and the premier superpower...
The most unjustified war in recent history was carried out using methods that taint any cause that could be invoked in its favor.
Almost half a century ago, the last and truly great American conservative liberal, Barry Goldwater, predicted some of the dangers we now face in American politics. Based on the Constitution and Jeffersonian precepts that government works better the smaller and more limited it is, Goldwater paved the way for real [Read more]
It is perfectly normal to talk about the dismemberment of any state in the United States. Take, for example, that prominent figure called Joe Biden asking for the division of Iraq into three "regions," which in practice would have amounted to three independent quasi-states, as if the civil war the country was then [Read more]

A tea party candidate embarrasses herself stating that the separation of church and state is not in the Constitution.
<b>The president starts a cross-country tour seeking to avoid an electoral disaster</b> The Democratic Party has placed in the hands of Barack Obama its last and faint hope for avoiding a disaster in the November congressional elections. The president begins a cross-country tour today, going from west to east, in [Read more]
No defeat like the one coming can be explained only by the success of the winners. Obama has made mistakes that have allowed his enemies to have their own ways. It is arguable whether it was because of faulty content or communication failures, but certainly his first two years in office have left dissatisfied both [Read more]
« 1 … 155 156 157 158 159 … 189 »