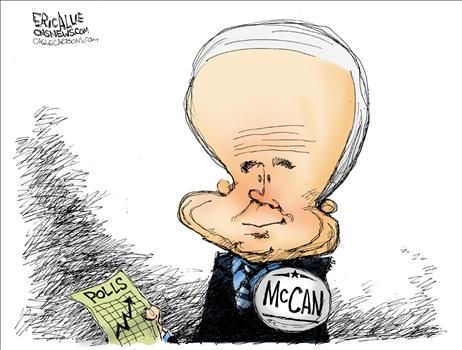 Poorly prepared speeches, staff who appear to have contacts with the Junta in Burma. Expressions of support from controversial figures such as Reverend John Hagee, and meetings that are scheduled so late that they do not make the evening news.

The campaign of Republican presidential candidate John McCain hobbled the past month from slip-up to blunder. But the Senator from Arizona expects that his journey to the White House will be spotless from now on.

The top Republican strategist managed, among others, the re-election campaign of Governor Arnold Schwarzenegger in California and was a key member of Vice-President Cheney’s staff.

The reorganization in McCain’s camp comes after months of criticism from the Republican Party, which believes that the presidential candidate’s political message is being buried by bad organization and planning. On March 4th, McCain won the primaries, three months before his rival Barack Obama, the Democratic candidate, could celebrate. But John McCain has, to this date, not known how to turn that lead into an advantage. Obama is ahead in the most important polls.

McCain has struggled from the beginning with problems in his campaign team. A year ago, he had to dismiss a large part of his staff for lack of money.