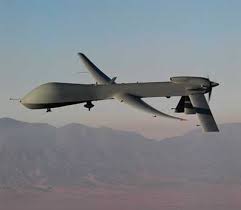 With the new strategy, Obama gives a boost to disarmament issues.

The key point in the new U.S. nuclear doctrine is the question of deterrence. While George W. Bush driveled of general preventive first strikes, Barack Obama leads nuclear deterrence back to a level that — possibly — might work. At best, Iran and North Korea are to be impressed. Against terrorists who live in caves, nuclear deterrence has never helped. Just look at Afghanistan.

With the new strategy, Obama certainly gives a boost to disarmament issues. But the U.S. president is far from being a naive peacenik, which is what his critics label him. He announced to proceed against chemical and biological attacks on the United States with (if necessary, new) conventional means. This will also bring an upgrade, especially in the high-tech sector, which could outshine the nuclear reduction efforts in the end. This, too, fits the first disconcerting picture of a Nobel Peace Prize winner, who has not only made the war in Afghanistan and in Pakistani tribal regions his own, but has also escalated it.

Drones instead of atomic bombs could be the appropriate guidelines for a U.S. government that, quite frankly, relies on cooperation but also does not shy away from enforcing American interests with violence if need be.