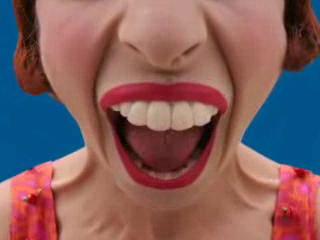 Over the past two weeks, American President Obama has continually voiced a desire to improve Sino-American relations, but the implications are mixed in this country with its party divisions, and where the voice of the media is never in total consensus with the government.

Look closely and you will notice that much of the American media applauds Sino-American reconciliation, but those who challenge these efforts, lashing out at China and advocating putting pressure on China, have not been idle either. They intentionally take advantage of these opportunities to attack China, hoping that it will amplify their voices. They come from different backgrounds; there are those who come from a point of philosophical dissent, those who come from special interest groups, and those who simply want to sing a tune to rival the government, all feeding into the complicated “voice of America.” Some of them may unwittingly fall into compliance with the government, or at least produce effects largely in compliance with its wishes.

The American media speaks with many mouths that fundamentally serve to voice their own interests to the international community, but it is precisely these voices that the American government borrows from when it wishes to add weight to its international criticisms, create imperatives and afford itself room to maneuver.

The formula “public opinion + media + politics” is often employed by America in the Sino-American game. At many key moments, because the American media plays the role of a third-party meddler, Sino-American relations are no longer “government versus government” but rather “China versus American society.’’ By playing on this situation, it is easier for the American government to manipulate freedom of expression.

If China wishes to stop being passive and start being active, it needs to face the fact that in the current Sino-American game, America is strong and China is weak. We have no way to change the structure of the American media, nor can we demand that the American government get the media completely under control. Since we cannot change the American media, all we can do is adjust our own position. For this reason China’s policies towards America should also be complex and layered. National policymakers can represent the voice of caution and reason while the people are complicated and impulsive. In Chinese academic circles there should not only be doves, but also hawks. This sort of China would be truer to itself, able to fight fire with fire in its dealing with the United States.

Some may worry that China would be shooting itself in the foot by doing this. In fact these fears are unnecessary. China’s view of the outside world has always been complex whether or not it has been expressed to the world. The difference is that in the past China has borne the burden of these complexities in silence rather than letting other countries deal with them. By venting these complexities and exerting the same sort of pressure, foreign governments will be faced with the same forces that Chinese policymakers face now, and may even have to bear the bulk of the burden.

Returning to the issue of Sino-American relations, the difficulties of the past two months indicate that the overall trend is one of improved relations, but that reaching consensus between the two countries may very well resemble Zeno’s paradox from the field of physics: They are constantly approaching a shared goal, but never able to reach it. In this brand of interaction that involves friction and competition, whoever vents the most steam, whoever is more adept at picking topics of debate is the dominant player. Foreign relations have become the fastest-growing national endeavor in China, and a larger number of tasks require newer, more effective methods of cooperation. The ability to vent appropriately through the Chinese media would let Americans know the awesome power of the Chinese media, making the future of the Sino-American situation healthier and more stable.