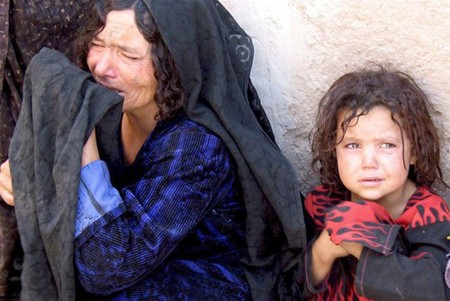 “Massive leak of secret files exposes true Afghan war,” says Monday’s first page of The Guardian. In over 14 pages, the English newspaper provided an extremely pessimistic assessment of the war in Afghanistan. This assessment was made based on tens of thousands of United States military top-secret documents provided by the organization, WikiLeaks. In the U.S. and Germany, the New York Times and Der Spiegel have also given considerable attention to this issue. Reading the articles based on the documents provided by WikiLeaks left me with a paradoxical conclusion.

On the one hand, from a strategic point of view, nothing new is revealed. In its Monday editorial, the Guardian wrote that the documents show a landscape completely different from what the newspaper was accustomed to hearing from Afghanistan. This was news to me. In recent years, the international newspapers have published lengthy articles about the tragedies and difficulties of the war in Afghanistan. Those who have read even a tenth of publications in recent years cannot have been surprised by the “revelations” of the week.

On the other hand, I think that the articles from The Guardian, The New York Times and Der Spiegel will have important strategic consequences in Europe. The articles reinforce the doubts of governments and electorates in relation to military operations in Afghanistan. We went to Afghanistan full of illusions and with the best of intentions. Unfortunately, we forgot two essential things: The first is that the enemy also votes. As was expected, the enemy voted to fight. The second has to do with regional geopolitics. The fate of Afghanistan is vital for countries like Pakistan, India, China, Russia and Iran. But for us, it is not.

The legends are leaving many people shocked: shocked by the violence, chaos, destruction and the errors that have always characterized war; shocked by the missions of special operations forces. As is perfectly natural in a war, the mission of these forces has been to kill the enemies of NATO forces. The problem is that, in today’s Europe, our warriors are not very appreciated. We say we want to win but do not want to fight. We do not want, above all, to live with the ambiguity surrounding the war. Finally, we are shocked by the deaths of civilians. The U.S. and NATO have never had the number of on-the-ground infantry required to have a chance at realizing some of their political goals. The result was an excessive reliance on air power. The lack of credible information led to the use of air power that killed an unacceptable number of civilians.

The adoption by the Obama administration of a doctrine of counter-insurgency led Gen. Stanley McChrystal to adopt extremely restrictive rules of engagement for NATO forces. European countries politically applauded the choice for counter-insurgency, but the hard truth is that this option requires a lot more infantry, more strategic patience and an increase in the risks that soldiers encounter in the field of operations. The increase in the number of casualties in recent months is the best proof of this. From a political and military standpoint, no European country is prepared for such a thing. Counter-insurgency requires staying in Afghanistan and trying to control the border with Pakistan. European countries and Canada want to leave. Where does that leave NATO?

“I went because they needed me.” Dave Hnida, married doctor and father of four children from Littleton, Colorado, offered to volunteer in Iraq for the second time in 2007. In “Paradise General: Riding the Surge at the Combat Hospital in Iraq” (New York: Simon & Schuster, 2010), he writes about how it was to be a doctor in a field hospital, equipped for emergency care and surgery, during an extremely violent period. “Paradise General” is an essential book for understanding medicine in the war.

Ninety thousand U.S. military documents provided by WikiLeaks to the Guardian, New York Times and Der Spiegel gave rise to a paradox: On one hand, they reveal nothing new about Afghanistan; on the other, they will have strategic consequences in Europe.