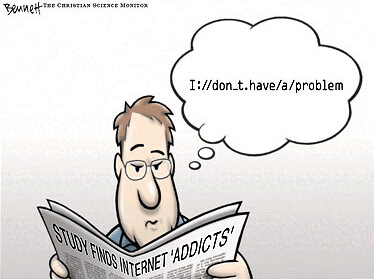 It’s a global phenomenon, and we have yet to grasp the repercussions on democracy and the functionality of Western countries. In the Internet, there is unlimited space for anyone to exchange ideas, and it’s an inexhaustible source of information. The anarchy prevailing in the Internet renders it captivating, and according to many people, it expands the limits of democracy because it gives anybody the opportunity to express his or her opinion.

What’s the issue at stake then? It’s the propagation, without filter, of extremism, insane ideas, and false stories that influence large numbers of the population. A highly marginal website, somewhere in the south of America, posted a “news report,” according to which President Obama was a devout Muslim, and the Internet was on fire. Despite the efforts of the White House communications team, which is working 24/7 to reply to any such story before the news report spins out of control, it enters the homes of millions of civilians, who are ready to believe anything on the Web.

Dirty politics existed long before the Internet. President Nixon intimidated American voters on the allegation that the Pope would be the real leader of the United States if Kennedy, who was a Catholic, won the elections, and he didn’t even need the Internet to spread that insane conspiracy theory. However, the power of the Internet lies not only in the speed at which information is disseminated on the Web, but also in its high degree of infiltration. There are some people, who live in the world of the Internet, who believe everything they read there and treat anything else with skepticism. Politicians are unable to communicate with such people, and so are the traditional mass media. Conspiracy theories, fabricated gossip, and recycled news reports are deep-rooted in the collective subconscious and constitute the most fertile ground for movements, such as the Tea Party in the United States, or for various extreme populist structures in other countries. It’s a big problem that will possibly remain unresolved. Of course, we should never forget how much the Internet has contributed to billions of people all over the planet, especially to people who never had the opportunity of a decent education, helping them keep up to date with current affairs and express themselves. How it will change the course of history is yet to be seen.