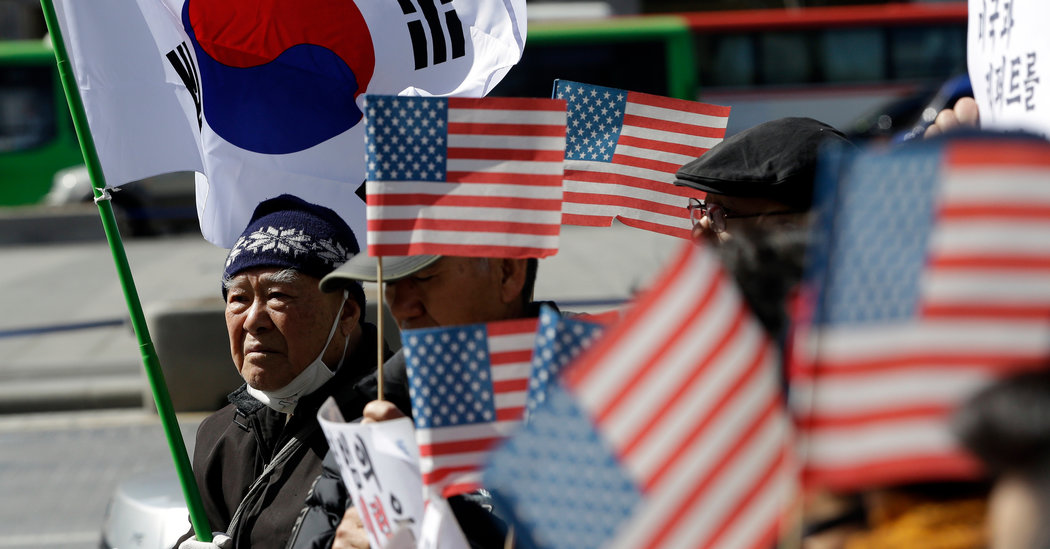 U.S. Ambassador to South Korea Mark Lippert was attacked while attending a breakfast forum early on March 5, sustaining multiple wounds to his face, left arm and left hand that required over 80 stitches to stem the bleeding. His attacker was identified as 55-year-old Kim Ki-jong, a representative for the “Our Yard” organization, who threw himself upon Lippert while brandishing a fruit knife and shouting slogans about opposition to U.S.-South Korean joint military exercises and reunification of the Korean Peninsula. Despite the political reasoning behind Kim’s actions, it was nonetheless an outlandish act of barbarism.

Despite the obviously radical nature of the perpetrator, this incident sheds light upon anti-U.S. sentiment within South Korea. In fact, an ebb and flow of anti-Americanism has been nearly constant throughout South Korean history. At the moment, the nation views Washington rather favorably.

Moreover, regardless of how singular it may have been in nature, a criminal case of such severity playing out in Seoul in broad daylight will tarnish the world’s impression of South Korean society. Indeed, for the rest of the world, one might say it falls under the category of “wouldn’t have thought that possible,” and it proves the existence within South Korea of at least some inclination to utilize extremist and illegal methods to achieve political ends.

As for Kim himself, in 2012* he was convicted of assaulting the Japanese ambassador to South Korea, but his sentence was suspended. Now that he is a recidivist, it seems likely that his punishment will be more severe. As reference, when Park Geun-hye was attacked and wounded in the face in 2006, the offender was sentenced to 10 years in prison.

Yesterday, a fair few posts following the event on the Chinese Internet were actually favorable, praising Kim for being “a man.” Such comments are largely populist, shallow and vicious attempts at stirring up trouble, and one would imagine that neither the U.S. nor South Korea will go so far as to take them seriously as the attitude of the Chinese people.

An attack like this occurring is a blemish upon a nation for the rest of the world to see, something that every society, regardless of country, will be keenly aware of. That the South Korean public condemned the attack so quickly and in a much more resolute and concerted display than that toward stationing U.S. troops within the country suggests that South Koreans may be seeking to repair their national image.

One can only imagine the furor that such an incident will cause among Americans, but the U.S. government’s stance yesterday was fairly restrained, limiting its condemnation to the attacker himself and making no mention of dissatisfaction with South Korea. The U.S. clearly does not wish to politicize the incident, hoping instead to minimize its impact on U.S.-South Korea relations.

There remains little room for brash outbursts of radical sentiment in today’s world. The incident in Seoul has no connection with China, and precisely because of this, it provides an opportunity to observe in detail what the aftershocks and end result of such a sudden international incident will be.

Some South Koreans appear to be quite hot-blooded, but the world that they face off against will go on in much the same stoic manner that it always has. In the end, this is just another international event that those who want to dissect will dissect, while those left simply baffled will not be unjustifiably so.