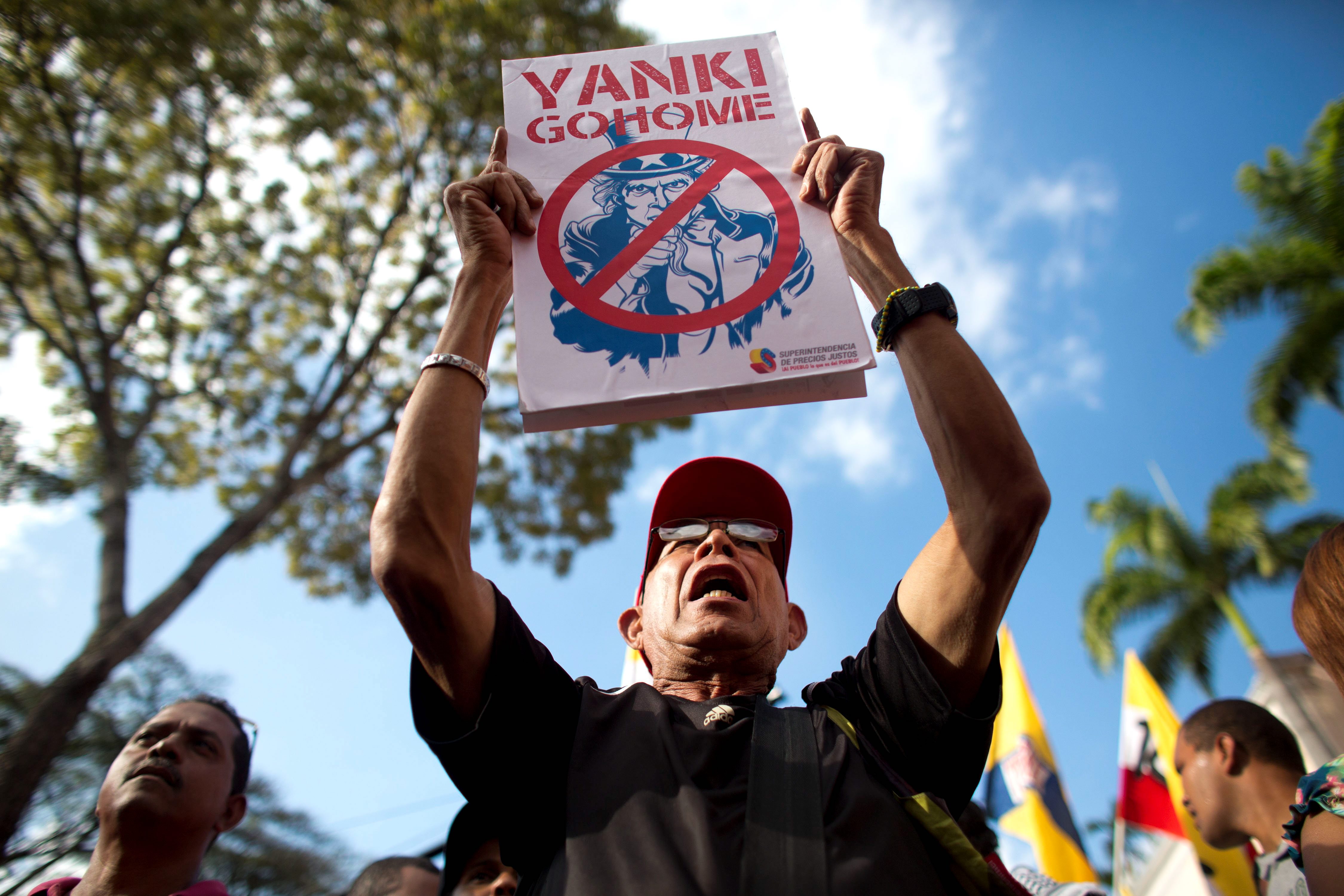 When the U.S. imperialist policy revealed itself with Barack Obama’s declaration of Venezuela as “a threat to the security” of the United States, after several previous attempts by Washington and its allies in the Venezuelan oligarchy and its press to destabilize the Bolivarian revolutionary process, political-military exercises by air, land and sea and the mobilization of brother peoples of the continent were the first reaction to defend the social, economic and political feats and progress made by Latin American and Caribbean integration over the last 15 years.

The unanimous position of the Union of South American Nations, which met in Quito, rejecting Washington’s position and demanding the repeal of its declaration, and the position of the Bolivarian Alliance for the Peoples of Our America in Caracas fully supporting the Nicholas Maduro government and the Venezuelan people in the face of interventionism and pronouncements of unaligned countries, mark the immediate milestones in facing the empire’s aggression.

Movement on the Geopolitical Chessboard

The declaration and aggression from America were and are predictable in the context of the international strategic geopolitical chessboard, both because of its loss of status as a world hegemonic power in dispute with China and Russia and the profound economic crisis faced by its European allies and the array of forces in the Ukraine, Middle East and Korean Peninsula and, finally, because of the process of independent integration promoted in our region in the last 15 years based on the principles of unity of the Patria Grande.

The historical leader of the Latin American and Bolivarian Revolution, Hugo Chavez Frias, an extremely capable military and political analyst, predicted the threat and interventionist actions of the United States and made an important decision that can be summarized as:

One: Preparing his people and organizing the people’s armed military alliance based on anti-imperialist principles to confront any emergency. Two: Developing alliances with the people and governments of Latin America and the Caribbean, including those that did not necessarily share his beliefs, forming the Community of Latin American and Caribbean States, UNASUR, ALBA and Petrocaribe. Three: promoting political and diplomatic alliances with noncontinental powers, especially Russia, China and Iran, and with governments under attack from imperialism and multinational companies such as Iraq, Libya or Syria. Four: Acquiring the latest in defensive weapons from China and Russia for any emergency that might put the freedom of the Bolivarian homeland at risk, opening up the possibility as well for supporting other peoples and countries suffering from imperialist military aggression.

The mobilization has begun. Military exercises conducted all over Venezuela by troops of all branches and accompanied by large numbers of popular militias, the massive gathering of the Nicaraguan people in the Plaza of the Revolution to welcome President Maduro, and the marches on the U.S. Embassies in Bolivia and Argentina and other actions in various capitals on five continents demonstrate solidarity with and support for the Venezuelan people.

However, it is important to take into consideration that conservative and oligarchical forces and those of the media run by transnational companies do not rest and have developed, in conjunction with Washington’s agents, well-funded campaigns to destabilize the Argentine and Brazilian governments, principally to create conditions that weaken anti-imperialist and revolutionary processes of national liberation in Bolivia and Ecuador, as well as integration initiatives outside of the U.S. grasp.

In regard to events in Venezuela, Brazil and Argentina especially, it is necessary to take experience into consideration, experience that shows it is not enough to prepare oneself only to win elections, even if repeatedly. That is why it is essential to take into account that the political process must be transformed into a democracy of national self-rule and call for advancing the establishment of a solid revolutionary organization, promoting the formation and political training of popular social forces, and formulating a program that entrenches changes. This should be accompanied by a struggle against the temptations of the World Bank and International Monetary Fund, against the infiltration of neoliberal agents into governments, and against the deep pockets of corruption that damage the people’s morals and power.

The principles of dignity, sovereignty, solidarity and unity of Latin America and the Caribbean, and throughout Venezuela, are becoming more important than ever and must be clearly stated in the Summit of the Americas in Panama this April, in which Barack Obama is expected to be present and, for the first time, the president of Cuba, Raul Castro.