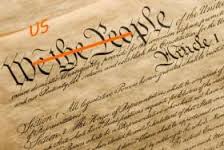 Between the re-establishment of “religious freedom” and the restoration of firing squad executions, I often tell myself that I need a commentary banner or column subtitle saying, “These Americans are nuts!” Or, to be more generous, “Our southern neighbors are incomprehensible, as always.”

Let’s take the popular defense of “religious freedom” as if it had been recently compromised. These last few weeks, Republican representatives from Indiana, and then from Arkansas, adopted laws that ultimately permit businesses to refuse to serve gay couples because doing so goes against the business owners’ religious beliefs.

This is discrimination, pure and simple. Except, as a young Barack Obama awkwardly pointed out during his 2008 presidential campaign, many Americans “cling to guns or religion … as a way to explain their frustrations.”

No Pizza for Gays

Thus, rather than admit that such discrimination is unacceptable in 2015, the law’s defenders put their money where their mouths are and came to the rescue of a pizzeria owner who spontaneously confessed to a journalist that, effectively, if you asked him, he could not morally offer catering services at the wedding of a same-sex couple.

Memories Pizza began to receive money from all over the country — $10 here, $100 there — to help it stand up to its critics and deal with the eventual loss of customers due to the dubious candor of its owner. By Friday, Memories Pizza had made $842,000 in enthusiastic support of a position that is nowadays indefensible. Peculiar, to say the least!

Another “custom” that I have difficulty with is the use of the death penalty. There, too, is a whole moral debate that I especially don’t want to rehash. But in reality, the failures have multiplied over the years: lethal drugs that don’t work properly, convicts who instead of dying moan and struggle in front of horrified witnesses, etc.

The reaction? Compassion, maybe? A sudden will to pardon? Not at all! Instead, they are bringing back the firing squad in Utah and Wyoming where, in fact, the alternative to lethal injection used to be the gas chamber. But because no new gas chambers have been constructed recently and, let’s be frank, they haven’t had a great reputation since a certain German regime, the firing squad is back in service.

Strange, also, that they still like to put people to death. Not that the horror of certain crimes does not sometimes incite desire for brutal vengeance, but all the instances of injustice are heartbreaking. Friday, it was the story of Anthony Hinson that gave me pause.

The man spent the last 30 years of his life on death row in Alabama for two murders that he swore he did not commit. Ballistics experts ended up proving him right: The revolver that had supposedly been used to commit these murders could not be linked to the crime scenes, and the two murders themselves had nothing to do with each other.

Yesterday, Hinson took his first steps as a free man since 1985. Thirty years lost, but he is still alive. Isn’t that enough to demand, no pun intended, the “death” of the death penalty?