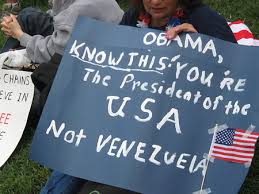 There are lessons to be learned from Henry Kissinger’s latest book,”World Order.” U.S. participation in international politics has never had a trace of traditional foreign policy. Instead, it was a medium through which the U.S. could spread its own system of values throughout the rest of the world. The U.S. vision of itself and of the world is linked to the notion that its own principles are original and superior to those of other nations and, as such, governments that do not share and apply those principles are therefore considered illegitimate.

This way of thinking is so far ingrained in the psyche of U.S. decision-makers that every now and then it appears to be the country’s official policy. The danger, however, in the opinion of the U.S., is that a large part of the world is living in a sort of moral inferno or purgatory, and will only be able to free itself one day with the help of the United States. Until this happens, an element of confrontation will remain present in the relationship between the great, enlightened power and the rest of the world.

To Thomas Jefferson, the U.S. was an “empire of liberty,” a force for expansion in favor of humanity that strove to defend the principles of good government. In other words, only by stretching America’s internal principles out to the rest of the world could humanity’s interests be completely fulfilled. In fact, the Declaration of Independence was founded on nothing less and nothing more than the “views of humanity.”

The U.S. saw the 1823 Monroe Doctrine as an extension of its own war of independence, aiming to “protect” the rest of the continent from attacks by European powers. Naturally, not a single Latin American or Caribbean country was consulted about the doctrine. Even the most obvious acts of imperialism could be seen as crowning moments in its mission to guide the rest of the world.

For President Theodore Roosevelt, occupying Cuba and annexing Puerto Rico, Hawaii, Guam and the Philippines at the end of the 19th century — and so establishing the United States’ power across two oceans — had nothing to do with territorial expansion, but was “for the good of humanity.” That is the same President Roosevelt who articulated the so-called “Roosevelt Corollary,” an addition to the Monroe Doctrine, granting the U.S. the right to intervene in any Latin American or Caribbean country as a preventive measure. It is worth providing a full quotation from the corollary here:

“It is not true that the United States feels any land hunger or entertains any projects as regards the other nations of the Western Hemisphere save such as are for their welfare. All that this country desires is to see the neighboring countries stable, orderly, and prosperous. Any country whose people conduct themselves well can count upon our hearty friendship. If a nation shows that it knows how to act with reasonable efficiency and decency in social and political matters, if it keeps order and pays its obligations, it need fear no interference from the United States. Chronic wrongdoing, or an impotence which results in a general loosening of the ties of civilized society, may in America, as elsewhere, ultimately require intervention by some civilized nation, and in the Western Hemisphere the adherence of the United States to the Monroe Doctrine may force the United States, however reluctantly, in flagrant cases of such wrongdoing or impotence, to the exercise of an international police power.”

Just as with the Monroe Doctrine, not a single Latin American or Caribbean country was consulted on the Roosevelt Corollary. The history of our region — Latin America and the Caribbean — is full of times when the superiority of U.S. principles has been exaggerated. The recent sanctions on Venezuela and the incomprehensible designation of our country as a “threat to national security” to the country with the most powerful military in the world, are yet another example of the self-proclaimed “manifest destiny.”

Many believe that China’s eventual rise to become the top world economic power will limit the capacity of the U.S. to impose its values on the rest of the world. The new international order, based on a balance of power between the two powers, will have to carry with it new common standards and elements of cooperation.

With things the way they are, these new rules will likely be far from North American ideals. However it will not be the first time the U.S. will have to share the role of power and, in the past, when it has not been able to impose its values on the rest of humanity, the U.S. has found comfort in its own “backyard.”