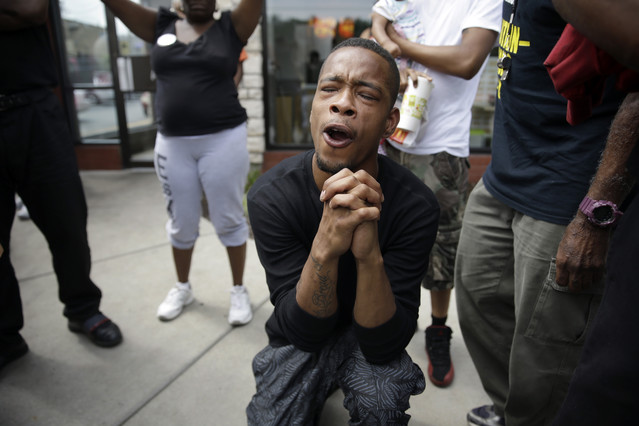 Freddie Gray is the latest victim of a long history of police violence against black minorities in the U.S.

This is not the first time America has experienced riots and chaos following the murder of one of its black citizens. Nor will it be the last time that excessive police violence unleashes its fury against America’s ethnic minorities. This time, the victim is 25-year-old Freddie Gray from Baltimore.

The federal government does not keep records of the number of people killed by police officials, and the FBI only registers homicides deemed “justifiable,” which brings the yearly figure to a total 400. Data from non-governmental organizations reveals that 30 percent of these deaths are made up of African Americans, while the black minority constitutes approximately 15 percent of America’s total population.

While these four murders may illustrate only those cases benefitting from considerable media coverage, they nevertheless succeed in proving that violence and police racism in America has in no way reduced over the past year, and instead remains a significant social affliction.

The latest victim of police brutality was 25-year-old Freddie Gray from Baltimore. Although the exact causes of his death are still unknown, protests point to yet another case of racial violence. Gray was arrested on April 12 for possession of a knife about his person. During his arrest he sustained a considerable spinal injury in which three of his vertebrae were fractured, inducing a comatose state. On April 19, Gray passed away in the hospital and a wave of protests began in order to uncover the causes behind his fatal injury. The police have since opened an investigation, and have temporarily suspended six of their agents.

It seems impossible to imagine that a police officer could possibly shoot a black man eight times in broad daylight. In the case of Walter L. Scott, it’s not a matter of imagination, but instead of reality. Michael Sleager, a 33-year-old police officer, shot and killed the 50-year-old after he attempted to flee the scene following a minor struggle. Scott had initially been arrested due to a broken brake light on his vehicle.

This is perhaps the most mediatized case to date, and the most similar to that of Freddie Gray. Michael Brown was 18 when he was killed on August 9 in Ferguson. His death gave rise to immeasurable anger, provoking violent protests in which local shops were looted and set alight. The police officer responsible, Darren Wilson, was not charged with the murder, and once again chaos reigned. The governor of Michigan declared a state of emergency, allowing him to activate the National Guard in an attempt to control the riots.

Brown’s death once again reopened the on-going racial debate in the U.S. On April 23, the victim’s family criticized Ferguson officials for having failed to charge Wilson on the grounds of racial violence.

This is without doubt one of the most hair-raising cases to date. On July 17, 2014, Eric Garner was killed by police in broad daylight in a New York suburb. The incident was filmed by an onlooker who captured the moment in which a group of police officers attacked Garner for no apparent reason; he was then knocked to the ground and arrested. Although the victim showed no resistance, a police official proceeded to strangle him with his arm — a practice forbidden in the States — despite Garner’s pleas that he couldn’t breathe. The phrase “I can’t breathe” later became a key slogan in public protests that once again united the country against police violence. In December, the officer responsible, Daniel Pantaleo, was declared innocent.