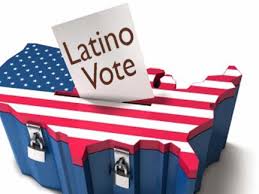 In order to win the Latino vote, the leading candidates in both parties must turn their backs on their own party members. Hillary Clinton must distance herself from Obama, and Jeb Bush must do the same with the conservatives in his party. For Clinton it is simple: Bush could cost her the candidacy.

In the race to win the Latino vote in 2016, both candidates face insurmountable obstacles, but also undeniable characteristics. Clinton must provide assurance that she will not continue with the current deportation policy and will fulfill Latinos’ historic demands on issues such as education and health. Clinton has a part in the Hispanics’ natural affiliation with the Democratic Party. For his part, Bush will have to make proposals to distance himself from the conservatives in his party, including the tea party, thereby risking his candidacy in the primaries. In his favor is the family picture that says more than a thousand words: a Mexican-born wife and children with Latino features.

Why are Latinos so important in the elections? The Hispanic vote has grown steadily. In 2008, there were approximately 10 million voters, by 2010 there were 12 million, and by 2016 it is anticipated that Hispanics will make up more than 12 percent of the vote. Latinos are important in the so-called swing states like Colorado, Florida, Nevada and New Mexico — states without a partisan majority—which vote for both parties and end up deciding the outcome of the elections. Although 67 percent of Latinos say that they prefer the Democrats and that they are also inclined to vote for moderate Republican candidates, this is not the case with other minorities such as African-Americans.

To understand the importance of the Latino vote, we need only to observe the way the candidates have started their domestic campaigns with a special emphasis placed on Hispanics. Bush demonstrates his command of the Spanish language in television commercials and Clinton speaks directly to them. The candidates must first win their party’s nomination in the well-known primary elections. They must tell the partisan base what they want to hear or they will lose the internal party candidacy.

So far, Jeb Bush is losing. The Republican base is against immigration reform and the increase in public spending, and in order to win the Hispanic vote, Bush must put forward a specific proposal on both these issues. Despite being the Republican best suited to attracting the electorate in 2016, he must overcome the internal test of attracting the general public without alienating his partisan base.

Clinton must convince Democrats that her policy toward Latinos will be very different from that of Obama, who had more than 70 percent of the Hispanic vote in 2012, but who did not fulfill in his first term the promises he made in 2008. At the moment, nobody knows who the Democrats will favor, or if Jeb Bush will manage to prevail in the primaries. On both counts, it will be a very close race for the Latino vote which might, in contrast to their traditional way of voting, lean toward the Republicans.

For Latinos, the elections go beyond candidates speaking Spanish or showing empathy toward Hispanics. Latinos are hoping it takes more than money to win elections; that when it comes to the presidency, they will not be forgotten like they were by Obama; and that they will be able to promote reforms that will enable them to have better opportunities in health, education and social inclusion.

About Stephen Routledge 120 Articles
Stephen is the Head of a Portfolio Management Office (PMO) in a public sector organisation. He has over twenty years experience in project, programme and portfolio management, leading various major organisational change initiatives. He has been invited to share his knowledge, skills and experience at various national events. Stephen has a BA Honours Degree in History & English and a Masters in Human Resource Management (HRM). He has studied a BSc Language Studies Degree (French & Spanish) and is currently completing a Masters in Translation (Spanish to English). He has been translating for more than ten years for various organisations and individuals, with a particular interest in science and technology, poetry and literature, and current affairs.