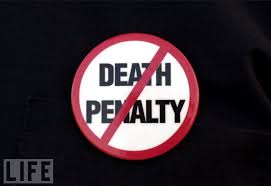 The constitutional prohibition against the use of “cruel, inhuman, or degrading punishments” and scientific evidence may put an end to executions.

On January 24, the U.S. Supreme Court agreed to review a lawsuit that questions the constitutionality of the use of lethal injection in death penalty cases. The U.S. is the only Western democracy that maintains capital punishment. True, 17 U.S. states have abolished the death penalty, and death sentences and executions have significantly decreased in the states that retain it, as societal support for the death penalty diminishes. However, 34 states still have provisions for the death penalty, and the number of prisoners on death row has increased substantially over the past four decades.

A brief review of Supreme Court decisions shows that in 1972 the court was flirting with the possibility of abolishing the death penalty by nullifying all state laws that provided for its existence on the basis that it violates the Eighth Amendment of the Constitution, which declares that “cruel and unusual punishments [shall not be] inflicted.” However, public reaction did not provide much cause to hope. State legislators, driven by increases in violent crime, passed new laws which overcame the objections of the Supreme Court. The constitutionality of the death penalty was expressly established by the Supreme Court four years later, inaugurating what has been called the “modern era of capital punishment.” The decision was based on the premise that the death penalty would not be unconstitutional “per se” to the extent that it fulfilled the two objectives of all punishment: retribution and deterrence. Several guarantees also had to be in place. For one, the punishment had to be proportional to the offense committed, which in the case of crimes against individuals could only be applied to homicide. Secondly, capital punishment remained inapplicable in cases of perpetrators who were suffering mental disorders at the time of the crime, the intellectually disabled and minors.

Despite the Supreme Court’s attempts to legally rationalize the abominable idea that the disciplinary arm of the state could kill a human being using criteria like proportionality, retribution and deterrence, and despite states’ efforts to devise legal formulas and procedures to overcome the challenge of making a fundamental injustice just, the death penalty continues to be plagued by arbitrariness, discrimination, caprice and mistakes in application.

Special mention should be made regarding the method of execution. In coming months, the Supreme Court will rule on the constitutionality of lethal injection, the result of mistakes made in the application of what, up to now, has been considered a quick and painless method.

Several recent cases have shown that the anesthetic used to sedate the inmate prior to administering the drugs which end life does not always produce the desired effect. This causes enormous physical suffering prior to death, which contradicts the Eighth Amendment.

Lethal injection, as conceived by its inventor, involves the use of three substances. Sodium pentothal anesthetizes the condemned so as to guarantee that the individual will not feel the effects of the other two substances. Pancuronium bromide, which paralyzes the muscles, and potassium chloride, which stops the heart, are subsequently administered.

However, for several years there has been a shortage of sodium pentothal in penitentiaries. This is because European companies which manufacture the drug have been refusing — on their own, through social pressure, or ultimately through legislation — to provide it.

Facing a shortage of sodium pentothal, Florida used a new substance called midazolam for the first time in a 2013 execution. Other states like Virginia and Oklahoma have done the same, with disastrous results. Midazolam is designated as a short-acting benzodiazepine, used as an antianxiety agent or in mildly painful procedures.

However, it has no analgesic or anesthetic effects.

The Supreme Court had the chance to rule on the constitutionality of lethal injection in the 2008 case of Ralph Baze and Thomas C. Bowling vs. Rees, prior to the shortage of sodium pentothal in 2010. The court stated that lethal injection satisfies the Eighth Amendment, since a less painful alternative had not been proven. The court further declared that upholding the plaintiffs’ case would embroil the judges in ongoing scientific controversies beyond their expertise.

Thus, the Supreme Court washed its hands of the issue, relegating something that can only be abolished by the judiciary for being “inhumane” to the realm of science. Nevertheless, when a door closes a window opens, and the time has come when people can no longer turn their backs. Several recent incidents in U.S. prisons have been labeled as “inhumane” executions by President Barack Obama himself.

If the time really has come to eliminate the death penalty from the U.S. constitutional system, which I hope is the case, and the oft-dismissed “right to life” argument isn’t the one to do it, nor the Eighth Amendment “prohibition on cruel, inhumane or degrading punishment,” then it seems that now more than ever science is on our side.