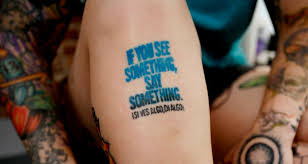 The city of 9/11 remains a stranger to the war against the Islamic State which is taking place in the Arab world and affecting Europe.

Arriving in New York from Jerusalem means discovering that America feels remote and detached from the ongoing war against the Islamic State of Caliph Abu Bakr al-Baghdadi which is taking place in the Arab world and affecting Europe. In midtown diners, people aren’t talking about the jihadi, the Queens and Brooklyn radio shows don’t mention the Islamic State group, in Times Square’s subway stations, anti-terrorist squads are not visible as a deterrent, at dinners with friends, people are talking about the super-fast “5G” Internet and “Via” – the new car-sharing app competing with Uber – and the most common reference to the war on terrorism is the widespread pride for the reopening of Greenwich Street, the last area of the former Ground Zero to be reopened to traffic. In the city which was attacked by al-Qaida on Sept. 11, 2001 triggering the West’s military response against Osama bin Laden’s jihadi, the caliph’s terrifying decapitators are pretty much unknown.

If you’re coming from the Middle East, this means suddenly immersing yourself in a cold, distant and detached world. Fourteen years ago, New York was at the forefront of the response to terrorism, but it is now way back behind the lines. In Beirut’s Hamra district, fear is looming over the arrival of the jihadi; in Cairo’s markets police inspect any suspicious object or person; in Amman, the caliph’s flags appear on the periphery; in Gaza, the leaders of Hamas must defend themselves from the Salaphite competition; in Rabat, anti-Islamic State imams are being trained; and on the Golan Heights, Israeli soldiers are 30 meters (about 98 feet) from the black flags of the Nusra Front, an offshoot of al-Qaida. But in New York’s think tanks, most attention is focused on Vladimir Putin’s strategic aggression and the global interests of Beijing, the main media channels sluggishly talk about Hillary and Jeb Bush ready for 2016, in the meeting places of Central Park West, everyone’s talking about Alibaba’s CEO, Jack Ma, who has invested $23 million in the Adirondack Mountains, and U.N.-accredited Arab journalists ask for news from their home countries as if they were asking about a different planet.

When you come across terrorism analysts and experts who deal with the issue of the caliph by debating whether to use the acronym “ISIS or ISIL,” you get a first-hand sense of the astronomical distance from a world which is less than a 10-hour flight away, where everyone knows that the name behind the barbarism is “Daesh” and the debate is about what to do: defend oneself, submit oneself, or escape. What counts for New Yorkers are the polemics about the mayor, Bill de Blasio, the rebirth of Roosevelt Island, digital jewelry and a new season of individual rights, from legalization of gay marriage to the relentless fight over segregation. This is why America does not really feel the conflict with the jihadi, not only compared to the Middle East and the Maghreb where it’s unfolding, but also compared to Europe, which has become the new frontier for the war.

What is most astounding is Times Square. Compared to the Piazza San Pietro, Trafalgar Square or the Place de la Republique, it shows signs of undoing history in relation to 9/11. After the attack on the twin towers and for more than 10 years, the heart of Manhattan was the litmus test for the collective defense against terrorism: signs saying “If you see something, say something,” the herculean super-cops with special body armor, agents everywhere and above all, passers-by, the ordinary people who played key roles in the constant search for possible threats, Now it all seems to be archived, with the return to an apparent normality, while the threat has become reality in the squares of major European cities, where alarm and fear prevail over the Islamic State group jihadi in action; recruiting, roaming and planning brutal carnage.

These threats are still real even for the United States, as demonstrated by the jihadi in Minnesota, but it’s a topic for limited groups of super-experts. The result is that the West has swapped roles since 9/11: America was first in line against al-Qaida and Osama bin Laden, and now it is Europe against the caliph. It’s not at all surprising that the White House and the Pentagon are the key players in the fluctuating and contradictory choices being made against the Islamic State group; they represent and convey a country which doesn’t feel the war. And so it’s down to European leaders to take on the responsibility of guiding the West in this new phase of taking on the jihadi.