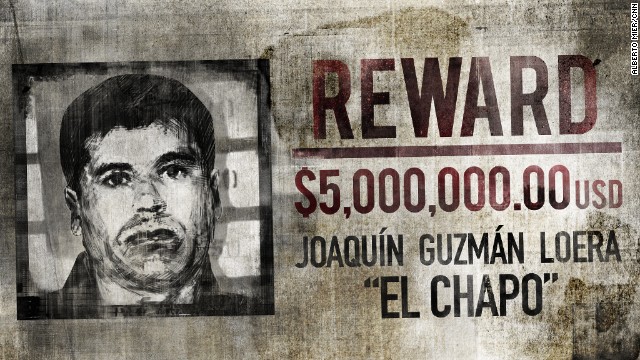 The escape of “El Chapo Guzman” last weekend left us without any grounds to demand respect from even the despicable Donald Trump. Our Latin America, complex and brutal, informal and outrageous, is definitely not serious.

To escape from the Altiplano prison, touted as one of the world’s most secure prisons by Mexicans themselves, through a tunnel that was 1.5 kilometers long (approximately 4,900 feet), with light and ventilation systems — even built-in transportation —is a mockery for any responsible, trustworthy state. American journalist Don Winslow, an expert on the Sinaloa cartel boss, doubts that Guzman left through the tunnel, or that if he did, he didn’t have much help from the inside. Winslow also doesn’t hesitate to remark how suspicious it is that “El Chapo” has managed to avoid extradition to the USA, where he has faced charges since 1987, while the Mexican government did turn over Osiel Cardenas, head of the Gulf cartel, to the gringos, along with Benjamin Arellano of the Tijuana cartel, leaving all the drug trafficking in Mexico in the hands of “El Chapo.”

In the ensuing days, and with continuous updates from Mexican Interior Minister Miguel Angel Osorio, we learned that Guzman wore a tracking device (although its reach was limited to the prison), and that his cell was monitored 24 hours a day under the direction of both the Altiplano prison and the office of federal prisons. However, out of respect for his privacy, there were two blind spots, one being the shower (he had a private shower; this much is clear now). And so, it was there that the drug lord began to dig, all alone, a 1,500-meter tunnel (approximately 4,900 feet) with all the technology mentioned earlier!

In a serious country, the escape of the world’s most dangerous criminal would have shaken — if not the presidency — more than a few high-ranking officials, and from thereon down. In Mexico, they rounded up three people in mid-to-low-level positions.

In the meantime, Trump, according to USA Today, leads the polls for the Republican presidential nomination with 17 percent support, followed by Jeb Bush with 14 percent. In other words, the racism and disdain toward Mexico and Latin Americans helped the multimillionaire jump from 11th to first place in three weeks, and El Chapo’s escape only gave credibility to his strategy.

I’m not going to get into the structurally segregationist character of North American society, or the gringos’ need to discriminate in order to construct their mental map of the world, or their pillaging and exploitation of our countries, nor the difficulty they have in understanding and accepting us as Westerners. That’s all true, but the fundamental responsibility still lies with us, as there continues to be no seriousness, clarity or consequence to our work toward becoming the country we want to be. And we show this to the world every day through the corrupt foundations of our societies, with no understanding of public rights, with politics structured to favor a few, with an upper class willing to mortgage everything — even its nationalism — to maintain its privileges, with the informality and attitude toward the law, with a negative predisposition to accept the truth, and our subsequent skill at lying heavily about our politics, economy and history.

Next Tuesday marks 23 years since Pablo Escobar escaped from La Catedral prison in Colombia, an equally, if not more embarrassing episode than Mexico’s. The head of the Medellin cartel got away with the help of an army of 700 soldiers who surrounded the prison, simply jumping the metallic fence that separated the soccer field from the outside world. Yes, Escobar had a soccer field; the facility was his; he himself appointed those responsible for his confinement; he lived in luxury. Cesar Gaviria’s government knew this. Following that tendency to twist the truth and build giant lies, a month before the escape INPEC (National Penitentiary and Prison Institute) authorized the press to enter the prison. I remember the photos in Cromos magazine that showed the straw mattresses and humble facilities; we all believed Escobar lived under the strictest conditions of the prison code. It wasn’t until after the escape that we saw the pool tables, jacuzzi, bar, paintings and waterfall mural, and understood that the drug lord had been conducting business as usual from inside La Catedral, holding meetings and even making bank transactions. The Moncada and Galeano brothers were called in by him and killed inside the prison.

No one high up in the government was punished for such a shameless farce and the rampant ridicule that followed. It’s because we aren’t serious.

One of the men who escaped that morning with Escobar was John Jairo Vasquez, a.k.a. Popeye, his right hand man, who last year was released from a 22-year prison sentence for more than 3,000 crimes. A serious country like Trump’s would have given “Popeye” several life sentences. Here, they let him go before completing his sentence, all according to the strictest legal proceedings. Last week, “Popeye,” who today claims to be good man, dedicated to literature and to being the living memory of the Medellin cartel, posted on his Facebook page (yes, Popeye has Facebook) a video of his opinion of the “El Chapo” escape, in which he tells “El Chapo” to hide in the mountains of Guatemala, arm himself, fight against the Mexican state, work toward peace, and “negotiate” an agreement to surrender. “When the Mexican state is defeated, the Chapo Guzman should negotiate serving seven years in prison and be left to enjoy his fortune,” says Popeye. In a serious country, this would be tantamount to inciting and defending serious crime. Here, it was received as something anecdotal.

We just aren’t serious, and so, while it hurts, it isn’t absurd that the gringos don’t take us seriously. We continue to give them solid arguments to support the type of bizarre racism Trump displays. But how are they going to take us seriously if in Argentina (a “first world” country for a century now), it is the custom for presidents to leave their wives in charge of political affairs, as if it were a matter of family; if in Venezuela, the chief of state is almost illiterate and responds to the crisis caused by falling gas prices by announcing that “God will provide,” speaks to “little birds,” and uses words like “self-suicides;” if in Peru — and this is not an exaggeration — the entire country knows that the one wielding executive power is First Lady Nadine Heredia.

And in Colombia a former president cries that there is no justice or rights, and urges his collaborators to flee the country if the district attorney threatens to put them in prison, and the district attorney declares that the country must ask for protection from the Virgin Mary and establishes a strange conspiracy between the ruling class and the FARC (The Revolutionary Armed Forces of Columbia), all to delegitimize in advance any eventual slip-up he makes. We aren’t serious.

And the gringo diplomats, who are serious, send all this information from their embassies in our tropics and subtropics to the U.S. Department of State, where they must laugh but also worry, and maybe see that the wall Trump is proposing is not so crazy after all.