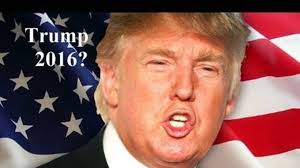 On Aug. 6, the American Republican presidential candidates’ first televised debate made real estate mogul Donald Trump the focus of everyone’s attention. The latest polls showed that while Trump’s uninhibited speech during the debate brought a lot of controversy, he was still at the top of the list, with 25 percent of voter support.

This mogul not only played American politics, he also brought better ratings to the debate than the NBA finals, which is rare in American presidential politics. This author will refer to it as the “Trump Effect.” Any debate or election event with his attendance always becomes the focus of the media and gets branded with the Trump Effect.

Trump Effect #1: politics as entertainment. Many American media outlets called the debate a Trump reality show. His one-liners made the audience laugh nonstop. Trump first refused not to run as an independent if he lost the Republican primaries, receiving boos from the audience. Then he called American leaders and politicians “stupid,” and said he had given money to every candidate on stage, as well as the Democratic candidate, Hillary Clinton.

Trump was not answering the debate questions so much as he was delivering one-liners, making the election event funny, entertaining and dramatic. When he was questioned about immigration, he said there needed to be a wall between the U.S. and Mexico, and then an attractive gate built in the wall so that people can come in legally.

Every one of his appearances has been extraordinary. When he announced his presidential campaign, he “dropped from the sky” via a skyscraper’s elevator. When he went to the Iowa State Fair, he arrived in a private helicopter, adding endless entertainment to every event.

Trump Effect #2: Trump as a rebel. Unlike traditional politicians, his role as an “outsider” makes him unafraid of political taboos. He has fiercely criticized American immigration policy, called politicians incompetent and failures, and satirized the fact that America is obsessed with being politically correct. He said America was in big trouble, that it was losing to everybody, and that politicians didn’t fix anything. He announced that he had no time for being “politically correct.”

Trump Effect #3: Trump as a gossip hub. Trump is known for flashing his wealth and has been the subject of a lot of gossip. He was also once considered the most obnoxious mogul in America. Fox news anchor Megyn Kelly was one of the debate hosts. Trump hinted after the debate that she was stern to him because she was menstruating. This comment made a prominent conservative forum retract its invitation to Trump to attend its Atlanta event. Trump defended himself during a CNN phone interview, claiming that only someone sick would think this way. In spite of this, Trump refused to apologize, and reiterated his criticisms of Kelly, claiming she was unfair in her questioning of him.

Trump Effect #4: empty speeches. The televised debate gave the core candidates a platform to showcase their governing philosophies and personal talents to the public, and could greatly influence the election results. Trump was successful in promoting himself during the first debate, but he lacked ideas about governing. Behind all the fanfare and glamour is a void of national policy. Personal attacks have replaced serious policy debates. This fully illustrates how the American democratic system has deteriorated. Some media outlets have pointed out that while Trump swore he would revive America, how he would do so remains a mystery.

As a billionaire, it’s no surprise that Trump could be so sensational in the early stage of the Republican primaries. This only proves how the American political system has failed. As ex-President Carter has said, “Now it’s just an oligarchy, with unlimited political bribery being the essence of getting the nominations for president or to elect the president. […] So now we’ve just seen a complete subversion of our political system as a payoff to major contributors, who want and expect and sometimes get favors for themselves after the election’s over.” The Trump effect is the best footnote for the money-driven American political system.

On the other hand, the Trump Effect shows just how disappointed the American public is with politics. Many Americans are unhappy with their political and economic system. They want change, and their hope lies with this political “outsider” for now.

It is hard to predict how long the Trump Effect will last. If he cannot create new excitement for the voters, his effect may be at an end.

The author is an ex-ambassador, a senior researcher at the Peace Development Fund for China Foundation for International Studies, and a special commentator for huanqiu.com.