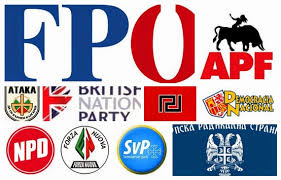 This 140-page volume is clearly important, providing answers to the question we have all been asking ourselves about the surge of the European ultra-right in recent years, the success of which has been sufficient to overshadow even the social democratic parties which not so long ago were the dominant political force in Europe. Social democrats held power in 11 of the 15 nations that formed the EU prior to the admission of the eastern European countries.

The book is also important for the intrinsic or indirect lesson it teaches us about the rise of the ultra-right in the United States. American support for Donald Trump cannot and must not be ignored as if it were merely incidental. Trump’s anti-Mexican opinions are so racist they are better described as xenophobic, yet they are not the spontaneous outbursts of some kooky millionaire. Trump knows what he is doing. He is aware that his position occupies the same political ground as that of the European ultra-right, whose views on the immigration issue are not so different from those of broad swaths of the population of the United States. While many Americans condemn the murder of blacks and Latinos at the hands of whites, many others privately applaud the fact. Trump has been careful not to alienate the African-American population and he even allied himself with Obama’s speech in response to the Charleston massacre in June this year. Instead, his focus is centered on Latinos, Mexicans and Mexico. The European polemic targets black and non-Caucasian immigrants, Muslims in particular; and while many Europeans have even offered up their homes, to Syrians, for example, many others have exhibited a knee-jerk emotional response, reacting to the immigrants as intruders in their white, Christian countries. Ultra-right diatribes are directed at peoples’ feelings and emotions rather than at their intelligence and capacity for reason.

Both the ultra-right in Europe and the United States pontificate in equal measure against immigrants “taking work from poor, uneducated whites,” whose numbers run into the millions thanks to the globalization of the economy which has favored big business at the expense of small businesses and workers. Parties like the British National Party, whose campaign slogan in 2009 was “British Jobs for British Workers,” and more recently the United Kingdom Independence Party, which supports increased border controls to combat growing numbers of migrants, exemplify the wave of anti-immigrant sentiment which is sweeping Europe and being exploited in the United States by the magnate Trump.

And these are not isolated examples. France has its Front National, Germany its German Alternative (which also opposes the European Union), Italy its Northern League. And despite their reputation for being more open and democratic, even the Scandinavian countries have their ultra-right parties. Needless to say, some of these rising parties are simply fascist and nearly all are anti-Muslim. And just as in the United States, their membership is made up of mostly white workers, both working and jobless, along with the proprietors of small businesses.

The Trump phenomenon within the U.S. Republican Party is no accident. Trump knew, with typically cynical pragmatism, that his statements against Mexicans and Mexico would provoke not only a certain scandal among a broad spectrum of opinion, including famous musicians and actors — not necessarily Latinos — but also a lot of sympathy among those without the means to make themselves heard, who believe and, more importantly, feel that the Latinos are “robbing them of opportunities.” The cotton-candy-haired Trump has aimed his vitriol at Mexican people just as Hitler targeted Jews, gypsies and communists, and for the same purpose, the invention of an enemy to attract followers who then have someone to blame for their situation without looking more deeply into it.

In the wake of 9/11, George W. Bush did the same, targeting Arabs or anybody who looked like them. Many more examples exist to demonstrate the link between ultra-right politics and racism and intolerance of others based on religion, skin color and traditions. If Trump has not spoken out against the black community it is because, in spite of his narrowness of mind, he is not that stupid. His country’s president is a black man and it would be politically incorrect for Trump to attack Obama when a majority — which he himself hopes to win from the Republican opposition — voted for him twice. The point was to attract attention, and plenty of it. What is important is that Trump is applying the same logic that has led European ultra-right parties to achieve more success than anyone would have thought possible in the period from the end of World War II to the end of the 20th century. You could say that with or without professional advice, he has understood one of the signs of the times in which we live, among the most developed countries, at least: immigrants are spurned, especially if they are non-white and more so if they are illegal. It is not for nothing that, for the moment, Trump leads the group of contenders aspiring to govern the United States with a Republican mandate.