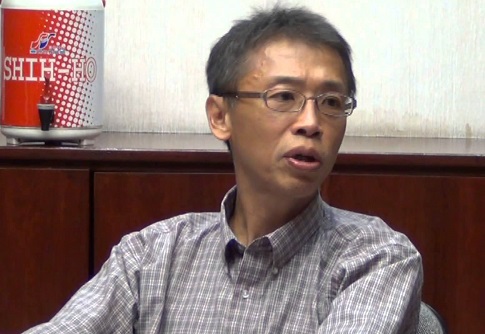 After the Ma-Xi meeting, Eric Chu took the opportunity to visit the United States.* Along with his promise to maintain peace across the strait, he also depends on the U.S. for support—Tsai Ing-wen’s relationship with the U.S. is not as close—and this may enliven the elections.** To Taiwan, though, the question is actually not whether Chu is counting on the U.S. for extra votes, but rather when Taiwan will really develop its individualized political culture. If Taiwan’s ruling and opposition parties fight for U.S. support, no matter who wins, it will not be a blessing for Taiwan.

To understand the problems brought by the U.S., we can analyze them from within and without. Internally, Taiwan is historically influenced by the U.S. and seriously needs to build self-respect, and it gets none from mainland China. At its very core, Taiwan is dependent on America in every way and has no sense of self-confidence. Nodding to America has immediately become the principle tactic for Taiwan’s ruling and opposition parties. When Chu visited the U.S., Tsai thought of every way to prove that she had a closer relationship with the U.S., but ended up displaying false confidence. Flaunting “self-respect” to Beijing with such a lack of confidence is, of course, like climbing a tree to catch a fish.

Externally, in response to the recent Middle East fighting, and on top of that a new wave of anti-terrorism activity incited by the shocking Paris attacks, America will undoubtedly call for peace in cross-strait relations. Any possibility of Beijing worsening the cross-strait conflict must be suppressed. If Beijing’s influence reaches its peak, Taiwan will lose its chance to turn the situation around. Taiwan’s dependence on America has been its way of resisting mainland China. And when America wants to keep its ties with mainland China, Taiwan loses its will to resist. Isn’t this a case of confusing cause and effect? It is clear that if Taiwan does not break free of America, not only will it not be able to resist mainland China, but it could even collapse from the weight of its own accumulated hatred.

Therefore, as the publicity war between the ruling and opposition parties focusing on America grows, trending one way or another on the issue of Chu’s favorability and determining whether America likes Chu or Tsai better, what Taiwan loses immediately is its self-determination. If this persists, Taiwan will join the outside world in condemning Ma Ying-jeou for speaking his true feelings at the meeting. Everyone is waiting for Ma to call out Xi Jinping, but with this timidity toward America, even Tsai’s faith in Taiwan’s independence will not help, not to mention Chu’s lack thereof.

Ironically, Joseph Wu, a strong advocate of joining U.S. anti-terrorism efforts, is Tsai’s national security strategist. If he switches to the Kuomintang, there will be no need for adjustment. However, if Tsai stops her game of flattery, no matter how Chu tries to do the same in the current election situation, he will still be in an inferior position. So, doesn’t Taiwan have a huge opportunity to elect a “president” who at least on the surface needs no approval from America? Whichever candidate breaks away from his or her current methods of resorting to the U.S. for election support will really experience a sense of self-confidence. Only then can the candidate appreciate the Ma-Xi meeting, and in the next cross-strait contact, receive the treatment that he or she deserves.

**Editor’s note: Trai Ing-wen is the incumbent chairwoman of Taiwan’s Democratic Progressive Party and its presidential candidate in 2016.

The author, Chih-yu Shih, is a political science professor at the National Taiwan University.