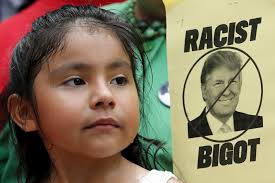 Should the Mexican government respond to what Donald Trump is saying? It is a very real dilemma.

A friend who works in advertising assures me that it shouldn’t, that the Ministry of Foreign Affairs shouldn’t answer him because talking about Trump gives him publicity. My friend is surely right, to an extent; in the end, Trump is above all a publicist, and would no doubt know just how to take advantage of what the Mexican government might say in response. However, and even though doing so might temporarily and unintentionally provide some support for Trump, I think that the Mexican government should respond. Why?

Because of the conservative and self-serving, or at least overcautious stance of its leaders, Mexico hasn’t wanted to cause an international scandal about the effects of U.S. drug policy. We have said several times before in this space that the situation is easily summarized as follows: The United States provides the consumers — and fills its prisons with blacks and Latinos — and Mexico provides the people who die. In addition to the dead, Mexico is also presiding over the breakdown of its political territory. And in addition to the breakdown of its territory, it is throwing in its fragile democracy for good measure. And on top of all that, Mexico keeps quiet, like a kid who’s being bullied.

To avoid giving Trump’s political career a boost, the government is putting up with a presidential candidate who says that Mexico is dedicated to exporting criminals to the United States. Mexico keeps quiet, like a kid who’s being bullied.

I also believe that the Mexican government is mistaken. The Ministry of Foreign Affairs should say something in response to Trump’s statements, even if a response might help his campaign temporarily. The problem is that this response should not be a defense of the good character of Mexicans. No. And the response shouldn’t look like what President Fox once said either, that Mexicans do the work that even African-Americans won’t do. Mexicans do all kinds of work in the United States, from the hardest jobs to the most specialized. There are rich Mexicans in the United States, although perhaps not that many. To have migrants is to be open to the possibility that migrants will be successful. People migrate to seek success. And many Mexicans have succeeded, some of them have done so although they are undocumented. Too bad; that’s the way it is. There is a shared responsibility for the undocumented migration from Mexico to the United States. The government can, if necessary, offer examples of this shared responsibility. What is not OK is keeping quiet like a bullied kid, and staying that way when faced with a candidate who is recognized as a bully even by the U.S. public.

The claim shouldn’t be that Mexicans are good. They are, in general, but there will always be a few bad eggs, as in any population. If there are Mexican drug traffickers, that is related to U.S. policy and to the U.S. social structure.

The argument shouldn’t be that Mexicans are harmless, or that they should not, in some cases, steal the jobs of U.S. residents who have papers. No. The argument has to go more or less like this:

Mexico has been waging a war against drugs that was imposed on it by the U.S. government. To Mexicans, it doesn’t matter if people grow marijuana or poppies, and export the product to the United States, in the same way that it doesn’t matter to citizens of the U.S. if people make guns that are sold illegally in Mexico, contributing to the deaths of more than 130,000 people in nine years, many more than can have died consuming Mexican drugs in the United States.

The anti-drug policy has been implemented according to the wishes of the administrations in Washington, and it has developed with a cost far higher for Mexico than for the United States. In addition, as even Bill Clinton recognized, it was U.S. policy in Colombia that led to Mexico being on the route for cocaine trafficking. Trump should be told that the great majority of Mexicans who work in the United States are honest people; if they weren’t, they wouldn’t be working. Alright. But it must be said in addition that the Mexicans who are violent drug traffickers are in the United States because of the habits of U.S. society, and because of U.S. policy. They are there through the magic of the market that Trump defends so strongly.

The United States has a shared direct responsibility for crime in Mexico.

The Mexican government has to say this, couched of course in diplomatically correct language, but it does have to say it. And it has to be said, even though it might help Trump’s campaign. It is possible that Trump may win the Republican nomination, regardless of what the Mexican government may or may not do. But if Mexico complains now, it will at least help to defend its interests in the medium term. Keeping quiet when faced with a bully is never the right choice.