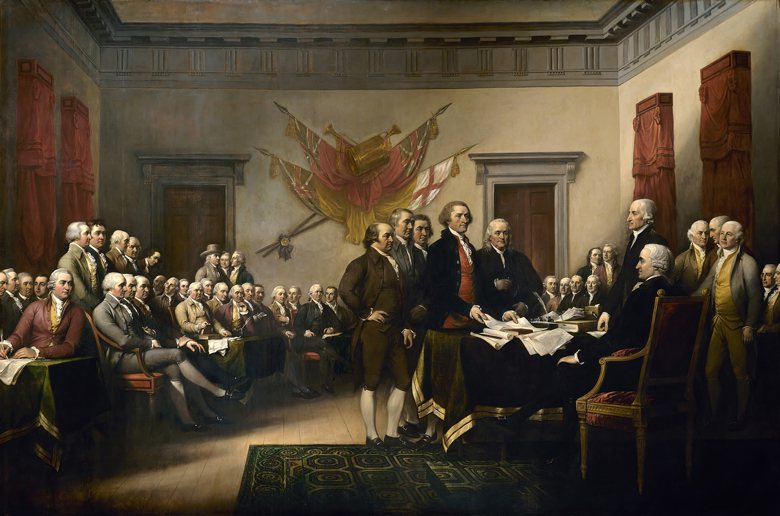 Since ancient times, critics of democracy have called into question the wit of the masses, maintaining that politics dictated by a foolish majority invariably must be imbecilic, inefficient, selfish and weak. But despite what the decriers may say, the fact that the United States is still very much present and powerful today cannot be overlooked.

In the face of this contradiction, some take aim at the United States itself by purporting, for example, that it is, in fact, not a democratic society at all. However, as such assertions are quite easily dismantled, a more frequent tactic is to cast aspersions not on the United States, but upon one’s own people instead. Claims that the lofty character of Americans is conducive to democracy while a similar system would be calamitous among the baser tribes are rather common throughout the Chinese sphere.

And often leveraged as evidence for this argument is the fact that the early days of Taiwanese democracy were far from ideal, with the implication being that if democracy could not straightaway elevate Taiwan to a utopian standard, the utility of such a system must be suspect. The fact is, however, that these cognitive acrobatics are all performed simply in service of justifying the conclusion that “American democracy is a success, while Taiwan’s is a failure.”

Is democracy the proper course to take? It can be difficult at times to take a step back and evaluate the present with clarity of vision, and humanity may not discover the answer in our time. Perhaps hundreds of years into the future we will be able to say with certainty that democracy was a mistake. Such postulations made today, however, simply do not hold water. What one can do instead is turn back the pages to the United States of more than two centuries ago, whereupon one will subsequently find that even after the fledgling nation gained independence and democratically elected its first president, its trials were far from over.

When it comes to stories about U.S. presidents, most of us have only heard (the myth) about George Washington’s misadventures with his father and a hatchet. Very few, however, are aware that there was no simple happily ever after for the princes and princesses that followed.

In its days of nascence, the United States was exceptionally weak and unstable. The populations of the 13 former colonies combined did not amount to even half of Britain’s at the time, and those in support of American independence were far from the majority, comprising only one-third of the aggregate. Furthermore, after winning independence, the U.S. economy remained heavily reliant on trade with Europe. Far from everything on the horizon being rainbows and sunshine, the newly formed nation was instead in perpetual danger of being subjugated once more by Britain. And internally, its own political factions fought tooth and nail to no end.

For example, following the election of the second U.S. president, John Adams, both the Cabinet and Congress remained under the sway of the opposition’s Alexander Hamilton, resulting in a complete lack of cohesion in policy direction. Washington’s admonishment that the United States be not only independent but also neutral stemmed from a desire to remain untangled in conflicts on the European continent. Weak nations, however, lack the standing to maintain a middle ground. France strong-armed the United States into its camp as it locked horns with the British, but a bribery scandal caused a furor in Congress and almost resulted in a U.S. declaration of war on the French instead. In the end, Adams barely managed to avert war amid a chorus of boos. Blackened and bloodied, he limped out of office in ignominy, his parting gasp as president sparking a constitutional crisis as he issued a rash of judicial appointments.

At a time of upheaval, Jefferson’s acts were the subject of much controversy and criticism. It was such that when preparing his epitaph with the greatest achievements of his lifetime, Jefferson chose to include authoring the Declaration of Independence and founding the University of Virginia — with the notable absence of his tenure as U.S. president, reflecting his feelings on the matter.

Moving on to the time of the fourth president, James Madison, the United States would face its greatest challenge in the Napoleonic Wars. As in the past, the United States wished to remain neutral and nurture its economy, and in so doing maintain trade with France. Staying true to form, however, was Britain, which had no intention of allowing such a course. When it seized U.S. ships and pressed American sailors into its navy, the United States came to realize that if it was to preserve itself as an independent state, it must drive British power out of North America.

However, the United States was hardly in a state of preparedness, with vicious infighting between its political parties, incompetent military leadership, loose infrastructure, and an exhausted treasury. Moreover, its soldiers were undisciplined and unwilling to leave their homes to fight a war, making the whole endeavor a nightmare for Madison. Having fought to the point where even the capital was occupied and the White House set alight, the United States finally eked out a peace treaty with Britain, with not a single line moved on the map after all was said and done.

Still, such a taxing war was not completely without benefit, as the United States had been able to fight Britain to a standstill. It was only then that Americans truly began to believe that their independence was secure to some degree, or that at least the British would not reabsorb them. Furthermore, having endured so many hardships the rancor and acrimony between the political parties gradually subsided, the military gained a steady footing, and a collective national consciousness was slowly built.

It was only after reaching this point that Americans truly became confident in the future of their democratic state, some 30 years after the first popularly-elected president took office. At the outset, the majority of Americans had not supported independence, political backbiting was rife, and the United States was often brow beaten by world powers as it was forced to endure many a chaotic episode. While some envy what it means to be an American today, to be an American during the nation’s infancy was no easy matter.

Many of these aspects of U.S. history are reflected in Taiwan. In a democratic state such as this, as with the United States, the growing pains are many; this does not mean, however, that Taiwan cannot reach its charted destination in the end.