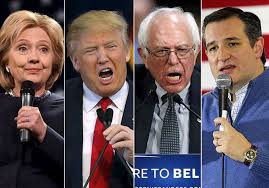 The results of the primaries in New Hampshire show a dangerous trend in the American electorate toward distinct facets of populism.

On one side, in the Republican Party, Donald Trump continues to advance toward a possible nomination for the presidency in the November election. Until now, it has been a grind for the candidates to the point that of the more than 17 people who postured in this big race, only six survive in addition to Trump: Cruz, Rubio, Kasich, Bush, Carson and Gilmore, and the last two will probably disappear from the scene after the South Carolina primaries.

The questions everyone is asking in the U.S. are: Can Marco Rubio stop Trump’s triumphant march, and can Bush regain ground in the Southern states? Kasich is too moderate for the Republicans, and Cruz generates many significant rebukes within the party.

What’s crucial is that it would appear that in both parties, the establishment cannot contain the desire for change expressed by the anti-establishment populism that drives both Trump and Sanders.

There’s still a lot that remains to be seen, and depending on the results in South Carolina, it would be best to know if the conditions are right for Hillary Clinton to break down the wave of youth that pushes Sanders forward, and whether she can capture the female vote and retain the Latino and African-American vote.

On the Republican side, a win for Trump in South Carolina appears more probable, but if neither Rubio nor Bush comes in strongly at second place, Trump’s triumphal march will become an election phenomenon similar to that of Ronald Reagan in his time.

If the populism of the right or left wins in the United States, the consequences there may be catastrophic. We hope that American voters have the sense to elect a more rational man or woman, politically speaking.