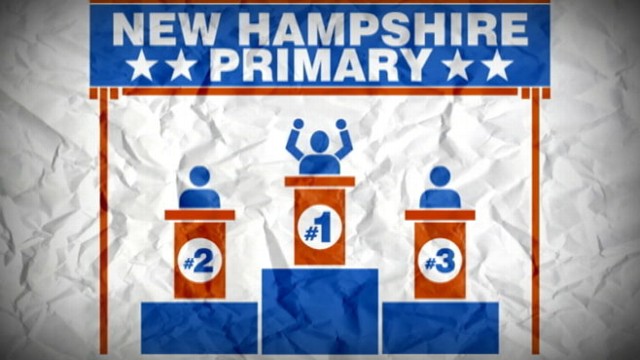 The current election campaign in the United States is far from over; however, we can already say that the American presidential election has established a new political trend that is quite likely to spread to other countries, primarily in western Europe. During the last six months, all kinds of politicians have discussed the phenomenon of Donald Trump. Meanwhile, this phenomenon, in addition to Trump’s sometimes quite frenetic populism, and his ability to attract voters’ attention, can be characterized by the fact that Trump himself cannot be called the representative of the political establishment.

It is already clear that this election will be the apotheosis of the American society’s fatigue with professional politicians, people of the system, most of whom are barely associated with the majority of American society.

The closer we are to the election, the more obvious this trend is, and Bernie Sanders’ rapidly growing popularity is only confirming it. Not so long ago, Sanders confidently took New Hampshire, finally persuading the entire political community that Hillary Clinton should not expect this election to be a walk in the park.

Needless to say, the increasing popularity of such diverse personalities is a protest; a protest of the American society against the entire political system. A survey conducted in December by CNN/ORC* indicates that 69 percent of Americans are either “very dissatisfied” or simply “dissatisfied” by “how things are going” in the United States.

Those 69 percent are outraged by the fact that the political system “seems to work only in favor of the rich and powerful insiders on Wall Street and in Washington,” say the results of an NBC/Wall Street Journal poll. It is particularly noticeable among Republicans — 61 percent of whom have become dissatisfied, compared with the previous year — and white voters, 54 percent of whom are dissatisfied; the same feeling is shared by 42 percent of Democrats, 43 percent of Hispanic voters and 33 percent of African-Americans. Indeed, the figures speak for themselves. Sanders does not hesitate to call himself a socialist, which is extremely unusual for American politics, and Trump manages to convince voters that he is not supported by any big financial corporations besides his own. They both honor the sentiments of the protest against the established political system.

A separate topic in the election campaign is U.S.-Russian relations. Trump has already become the darling of the Russian media; his praise of Putin and Russia is energetically repeated throughout Russia. It is understandable that Trump does not have any kind of strategic U.S. foreign policy plan. Actually, this is hallmark; Trump’s entire campaign is based on destructiveness, which by the way harms Trump as well sometimes. It is enough to recall his statement about Muslims, which deflated the billionaire’s ratings.

Trump plays the pro-Russia card just because voters love it. Recently, the Obama administration spread so much anti-Russia propaganda it would have made the Reagan administration jealous. Meanwhile, it is obvious that among U.S. society, opposite kinds of statements are popular too. The protest by this part of American society cannot be lumped together with the anti-Russian information policy of the current administration.

Besides that, it is clear that the path of foreign policy cannot be changed based only on personal relations. Let us remember that George W. Bush’s initial partisanship toward Vladimir Putin was quickly exhausted due to the objective differences between the two countries on issues of foreign policy and the fight against terrorism. Therefore, we can hardly attribute any special reverence to Trump’s remarks. Nevertheless, Trump’s success quite likely already means that efforts to make Russia a global threat are not commonly accepted by the majority of Americans, and therefore any president, regardless of his or her party affiliation, will listen to the mood of this majority.