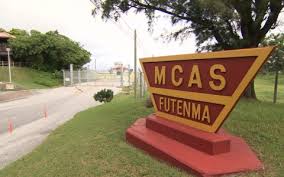 Sixty-four years have passed since April 28, 1952, the day the Treaty of San Francisco went into effect and split the Ryukyu Islands, including the Amami Islands as well as the Ogasawara Islands, from Japan.

That day marked the moment when the Japanese mainland regained its independence while Okinawa fell under the authority of the U.S. government. Disregarding basic human rights, the U.S. military used “Bayonets and Bulldozers” to take our farmland, and build on it the largest military base in East Asia. For Okinawa, that moment was without a doubt “The Day of Humiliation.”

That same day also marked the start of continued efforts by us Okinawans to take back our right to self-determination. I want that day to be remembered as the moment we swore that Okinawa’s future should be for us Okinawans to decide, passing on this memory of humiliation to the next generation.

In January 1952, three months before the peace treaty went into effect, Director of Education of the government of the Ryukyu Islands Chobyo Yara (later chief executive and governor) held a meeting with school principals across the entire island. He wanted to show how Okinawa should proceed, before it was split from Japan. The participants of this meeting made a unanimous decision: they would demand that their rights be restored.

From then on, Yara sought to restore Okinawa’s autonomy and return its administrative rights, facing off against both the Japanese and American governments with the support of Okinawan citizens at his back. In his memoirs, he wrote, “The possibility of resolving this problem relies on how much the country as a whole truly understands and favors Okinawa,” meaning that the direct actions of Okinawans must coincide with the understanding of the country in order for us to make progress. Even now this thought is referred to.

Currently, both the Japanese and American governments are forcing Okinawa to obey the plan to return the U.S. Marine Corp Air Station Futenma and, alongside it, construct a new base in Henoko. Disregarding the popular will of the Okinawan people, Prime Minister Shinzo Abe has repeatedly stated that relocating to Henoko is “the only solution,” which shows he’s not willing to think about this issue any further. Insisting on and forcing a sacrifice is not the solution to this problem.

Gov. Takeshi Onaga has told the international community that “our right to self-determination and human rights has been neglected.” A few days ago, United Nations Special Rapporteur David Kaye published the tentative results of a study regarding freedom of expression in Japan. He pointed out Okinawa in particular, citing the fact that the Japanese government was responding to citizens protesting the Henoko base construction with an “excessive use of force.” The world’s eyes are on Okinawa. The government should be aware of this.

Some 73.8 percent of U.S. troops in Japan are concentrated in Okinawa, and human rights violations by the hands of the U.S. military continue to occur. What do we need to do to solve this ridiculous situation? I want us all to think about this on this April 28, some 64 years later.