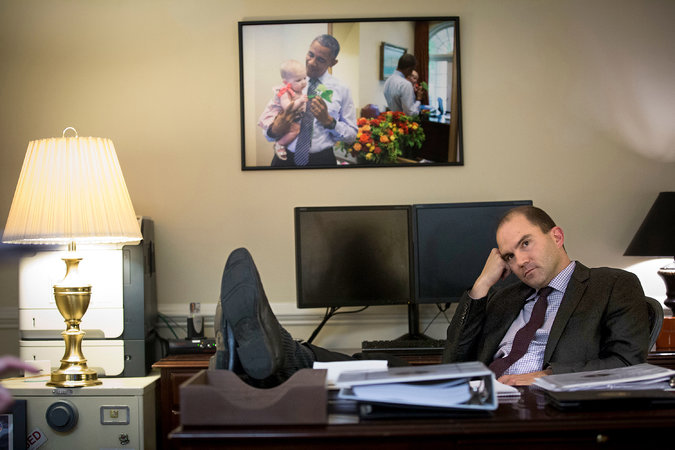 During the interview, Rhodes commented that starting in spring of last year, a bevy of experts began chiming in on the Iranian nuclear agreement via think tanks and social media, and that these statements were widely cited by prominent media organizations as their news sources. What the media did not know, Rhodes continued, was that those experts had all been carefully prepped by him and his team. “They call us to explain to them what’s happening in Moscow and Cairo. Most of the outlets are reporting on world events from Washington … they literally know nothing,” said Rhodes, his contempt for the press plain.

Rhodes’ entirely unblunted comments reveal two truths: first, that the media’s mad scramble for the next “big story” proceeds according to a script meticulously prepared by the White House, with Rhodes himself serving as the playwright; and second, that the media’s accurate and timely reports on Moscow and Cairo were not posted from Red or Liberty Square, but Washington D.C.

It is difficult to say whether the U.S. press is truly as foolish as Rhodes describes. But whether having been unknowingly led around by the nose by the White House or merely now having their complaisance toward the White House exposed to the public, the U.S. media machine will find the interview a bitter pill to swallow. An article in Foreign Policy magazine pulled no punches in calling Rhodes “a real asshole,” and an opinion piece in the Washington Post called the Rhodes profile “just gross.” The moment of carelessness by a loose-lipped Rhodes has upended the cheerful little boat of White House-media relations and poured its passengers, one and all, unceremoniously into the drink.

Still, few expect that this one mishap will be seen as sufficient cause to scuttle the ship. The interdependence between the White House and the press is more than enough to overcome any number of lovers’ quarrels. However, the episode does raise another question: how much truth is there to the much-touted “independence” of the U.S., and more broadly, Western media? Or from another perspective, is the government in its manipulation of public opinion, whether covert or overt, pulling the strings of the Western media as well?

Just as seen with Rhodes’ unbridled smugness, officials are well aware of the allure that the “material” in their possession holds, and that their monopoly over important information is enough to keep the media watchdogs close at heel. Reports on any event by the press are always shaped by a preset agenda. In exchange for the opportunity to contact or interview high-level government officials, many journalists and news organizations will consciously watch what they say and stay reserved in criticisms of the president or other top government figures. Rhodes, who is only 38 years old, went from being a no-name novelist and master’s student to Obama’s ace assistant on foreign policy and the most unorthodox policy adviser ever to serve the White House, often described as having a “mind meld” with the president. The daring demonstrated within his freewheeling bloviation of last week was certainly underwritten by his confidence in the above facts.

Despite this, the key issue clearly lies elsewhere. In Western countries, the general attitude of political and interest groups toward the media is one of “anything goes so long as we aren’t the ones being harassed.” In order to protect and increase their holdings, capitalists must necessarily seek to leverage the control over public opinion afforded them by their resources toward preserving the capitalist system upon which their continued existence depends. Because the Western media is essentially owned by a few large conglomerates, even the White House must stand and take note when big capital waves its baton, while the media must rein itself in and fall to order. This is the living logic that the Western media must respect, and the sway that capital commands makes media deference to the White House pale in comparison. A month ago, when the Democracy Spring movement that some called “Occupy Wall Street 2.0” directly addressed the issue of money in politics, mainstream U.S. news outlets were united in their apathy, and their synchronized muteness on the issue was a deafening statement in itself.

Rhodes’ original intent was likely only to serve as the child speaking truth in “the emperor’s new clothes,” but he has incidentally stripped the mask of independence off of the Western media. And as the U.S. press lambastes Rhodes, one cannot help but wonder whether their reaction is one born of indignation, or of embarrassment.

The author works in the Beijing media.