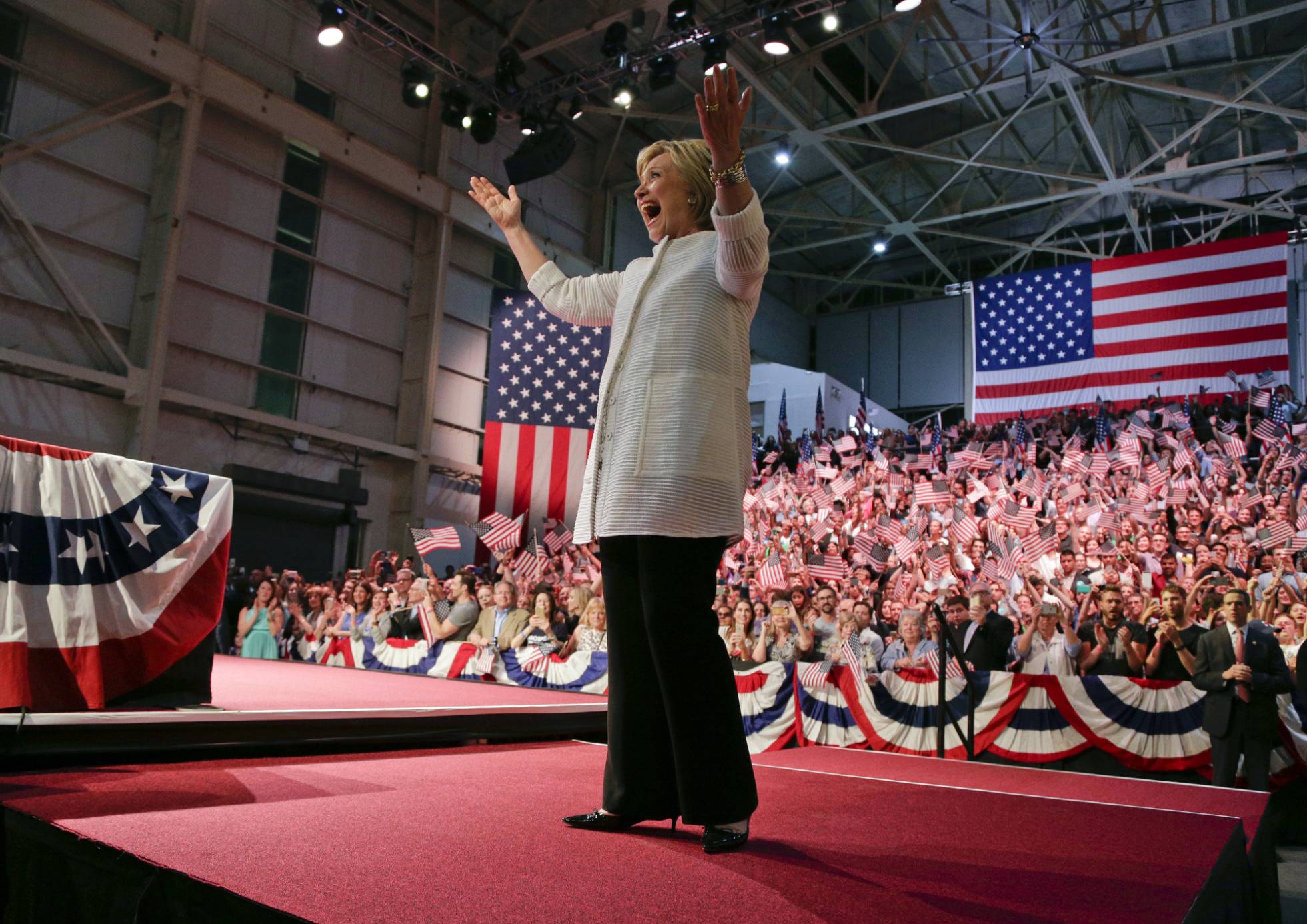 The differences in the temperament and ideology of the two candidates is creating tension in the race for the White House.

The contrast between Hillary Clinton and Donald Trump contradicts the cliché which says that the differences between the main options are minimal in Western democracies, a mere question of nuances. In terms of style, personal and professional trajectories, temperament and ideology, the Democrat and Republican parties could not have chosen two more different candidates for the presidential election on Nov. 8, 2016. She is a professional politician, experienced, prudent, allergic to risk and offering proposals that highlight the centrality of the United States. He is a novice in the field, a real estate magnate and reality show star, reactive and undisciplined, with a gift for insults and a rare talent for connecting with a segment of the population which is disappointed in the old-fashioned political system.

After a year of campaigning and four months of primaries and caucuses, the Democrats and the Republicans have their respective candidates to replace Barack Obama in the White House. The conventions that will make the nominations official will be held in July.

The Democrats have chosen a candidate who identifies as part of the “establishment,” someone who has already lived in the White House as first lady and who has been in politics for four decades. The Republicans have been overwhelmed by an insurgent movement and its members have chosen a man who, despite belonging to the economic “establishment,” flies the anti-elitist flag; a candidate who, until just a few years ago, was not even a member of the party and whose ideas violate many of the basic principles of the right.

She is a woman with little rhetorical skill, more of a technocrat than a political animal. He is a verbal whirlwind, a man prone to outbursts that have misogynist and racist overtones.

The aspiring Democrat is, as President Obama said earlier this week, one of the most qualified presidential candidates in history. As first lady during the 1990s when her husband Bill was president, she had an active role within the government. During the following decade, she was senator for the state of New York and secretary of state. If getting into the White House depended on one’s resumé, she would be the 45th president of the United States. But the presidency does not depend on this. The American people generally prefer candidates with less experience, without the uncomfortable baggage of previous long stays in Washington. The legend of “Mister Smith,” the ingenuous, unencumbered citizen who in Frank Capra’s 1939 film arrives in Washington to uncover the corruption that exists in the capital, is still relevant.

Another issue is that the voters will accept someone as unqualified for the job as Trump, a businessman who has never held an executive or legislative position and who has no clear political ideology or knowledge, beyond the superficial, about the matters that he will be responsible for if he reaches the White House. She knows, in exhaustive detail, the small print of each program and law, and believes it is best to move gradually and pragmatically, following a two steps forward, one step back strategy, rather than believing in bombastic rhetoric and promises of a revolution. He is not interested in these details and believes that by the force of sheer will, he will “make America great again,” as his slogan says.

Their psychological profiles are complete opposites. Trump is an “extreme narcissist,” in the words of psychotherapist Joseph Burgo, author of “The Narcissist You Know: Defending Yourself Against Extreme Narcissists in an All-About-Me World.” “An extreme narcissist,” says Burgo, “takes criticism, even if it is valid, as a personal attack, and will instantly go on the offensive, using three characteristic weapons to attack his critic: blaming them, putting them down and becoming outraged in their self-indulgence.”

Although, like every aspiring presidential candidate, Clinton also displays a certain level of narcissism, Burgo says in an email, “She does not respond to attacks in this way.” She remains calm, even under pressure. She gives calculated responses that are sometimes too detailed.

“On the other hand, she seems to come up against the law repeatedly in a way that would suggest that she believes that she can get away with anything,” Burgo adds. One example is the private server for sending emails that she created when she was secretary of state, a matter which is currently under investigation. This server, which was outside the State Department’s system but was still used for government business, violated official guidelines. “Recent studies have shown that wealth and power lead people to cheat the system and to believe that the law does not apply to them. Basically, wealth and power encourage narcissistic behavior,” Burgo says.

Nothing is simple with Clinton; the shortest line between two points is never the straight one. Her first attempt at becoming a presidential candidate in 2008 ended in failure; she was beaten in the Democratic primaries by a young, inexperienced senator named Barack Obama. Her tendency to make life unnecessarily complicated in the face of real or presumed scandals has earned her the reputation of being an untrustworthy person. Trump misleads without complications and is capable of contradicting himself in a single sentence, but projects the image of a direct and sincere man. His emergence on the political scene has been stunning. On his first attempt in running for president, he defeated 16 Republicans candidates in primaries and caucuses, some of them veteran politicians with executive and legislative experience who were armed with millions of dollars and the best teams of advisers.

Trump is entering the presidential race with a team of 70 people working on his campaign. Clinton has 732. According to the latest available figures, Trump has raised $57 million. Clinton has raised $204 million. Trump claims that a limited circle of collaborators is enough and maintains that he does not need as much money as Clinton; his permanent presence on television guarantees him the millionaire audience without spending a dollar.

Clinton has the support of the Democratic Party. Two former presidents will campaign with her; Bill Clinton and Barack Obama. All she needs is for her rival in the primaries and caucuses, Bernie Sanders, to officially admit defeat in the primaries and support her. Trump’s triumph is dividing the Republican Party. The party’s last two presidents, George H.W. Bush and his son George W. Bush, and its last candidate, Mitt Romney, want nothing to do with him. The current leaders support him, but without enthusiasm.

If he wins, Trump will confirm that this is the year of the “establishment’s” detractors, the year of those voters who want to break away from the political elite. If Clinton wins, the opposite will happen; despite the success of the insurgent candidates in the primaries, the general unrest among American citizens and the supposed decline of the world’s leading power, the new president will be someone who represents this reviled elite. She is the continuity candidate while at the same time representing the most revolutionary novelty: the first woman president.