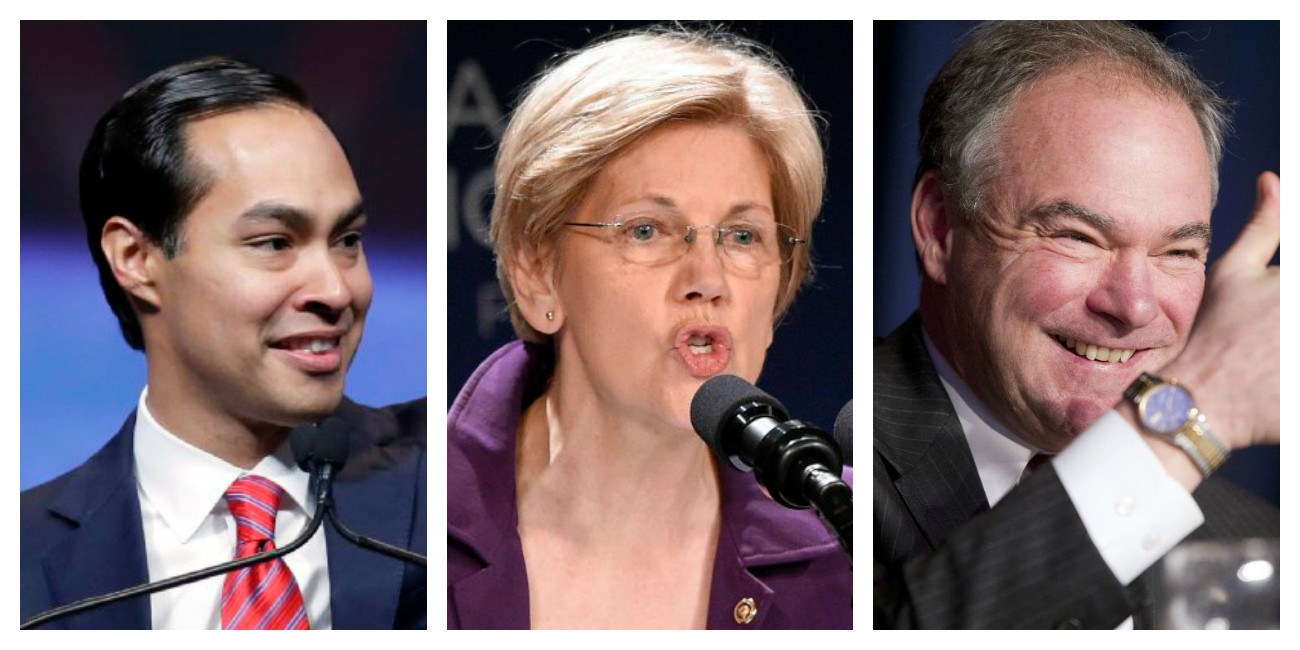 • Clinton is looking for someone to tap new segments of voters for her.

• The sitting vice president, Joe Biden, whose popularity is unbroken, is quite simply a storybook candidate.

• Three names are circulating in the press: Secretary of Housing and Urban Development Julián Castro, Sen. Tim Caine of Virginia and Sen. Elizabeth Warren of Massachusetts.

A month’s worth of time remains for Hillary Clinton. At the latest, she will present her vice presidential candidate choice at the Democratic National Convention at the end of July. The word is Clinton wants someone who will be ready for office from the first day and who also gets along with her personally. Something else, however, is much more important for Clinton: she is looking for someone who will tap new segments of voters – in her case, therefore, someone who will reach young voters. The primaries have revealed her weakness with the so-called millennials, who mostly gave their votes to her challenger, Bernie Sanders. Clinton was primarily successful with African-Americans, Latinos and older, well-educated voters.

Vice presidents must fulfill two requirements, according to one of the unwritten laws in Washington: They must be loyal, and they must help the president win the election. “First do no harm,” election expert David Axelrod recently said on CNN, noting how Sarah Palin harmed John McCain’s credibility in 2008.

Sitting Vice President Joe Biden, whose popularity is unbroken, is a picture book candidate and someone who helped out a somewhat weary Barack Obama in his 2012 re-election. It is unsurprising that Clinton recently answered the question of which vice president in American history she especially liked by saying, “A vice president must understand the country. Someone like Joe Biden.”*

Not a day goes by without new speculation about Clinton’s “new Biden.” According to different media reports, three names apparently stand at the very top of Clinton’s list. The first is Julián Castro, aged 41, the former mayor of San Antonio who was named secretary of housing and urban development by Obama in 2014. Castro has for years been considered a future hope for the Democrats. He gave the opening address at the convention in 2012, is young and could strengthen Clinton’s popularity with Latinos, an important demographic group in the swing state of Florida.

The Democrats Long for an Anti-Establishment Candidate

The second possible candidate is Sen. Tim Kaine, 58, from Virginia, a further “swing state.” Kaine was formerly governor of his state and before that, he was mayor of Richmond. His experience in foreign policy issues would be an advantage in other years, but the ascent of Bernie Sanders has demonstrated just how much Democrats, too, long for an anti-establishment candidate.

Sen. Elizabeth Warren of Massachusetts, aged 67, is number three. Many agree that if she is chosen, it would unleash a wave of euphoria – potentially underscoring the historical importance of a first female president. For years, Warren has criticized the “hustlers on Wall Street”; she is considered the superstar of the left. When she became a senator in 2012, she brought many workers and middle-class families who traditionally voted Republican to her side. Besides, for weeks now, she has found herself in a feud with Donald Trump, the Republican rival, with whom she fights openly on social media, winning her popularity among younger voters.

Despite the successful weeks Hillary Clinton already has behind her, the selection of a vice presidential candidate is an opportunity to finally unite the party behind her. Because this, too, is a campaign rule: whoever knows the party is behind them will win. Clinton’s poll results have admittedly risen again; she leaves Trump behind in important swing states like Florida, but she is dependent on the grassroots left. This point particularly speaks for Warren. Polls show Sanders voters could easily live with her.