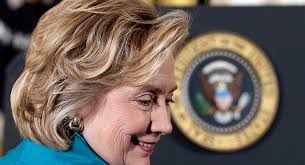 At the outset of the U.S. presidential contest, Donald Trump’s harsh, aggressive, borderline fascist rhetoric looked like it would appeal to few voters. How could anyone vote for such a ridiculous and unhinged man, showing violent tendencies toward minorities? The leader of the United States practically rules the world; its military might has been felt around the world over and over. The post requires courage and reasonableness, not militaristic tantrums.

The United States became a superpower through war. Consequently, many hope that a woman who is experienced, empathetic, intelligent and polite ends up in command. A woman who knows how the White House works and looks for solutions without resorting to a path involving an army. The differences are striking. Clinton knows politics. Nevertheless, as Trump spews idiocies while threatening minorities and countries he believes to be a threat, his approval ratings have gone up. Contrary to what many experts believed, he now has a great chance of having his hand on the button that would unleash another world war.

What is most interesting about the Trump phenomenon is that it has allowed us to view the true face of the American people, or at least half of them. His menacing and brutal speeches give rise to applause and cheers like in Hitler’s Germany (drawing a comparison is inevitable; the worst tyrants often rose to the height of power with widespread popular acceptance). Now Hillary and Donald are in the White House waiting room. Politicians with common sense and citizens who are aware of the risk involved with a deranged man leading the largest military in the world are fighting to stop him from winning.

Therefore, first lady Michelle Obama attended the Democratic National Convention not just to say a few words, but to reveal the danger facing her country. With acuity, and alluding to her origins, she spoke of living in a house built by slaves in a country where, now, a woman may become president. Later in her brilliant speech, she said that watching her daughters play on the White House lawn makes her think that now is the time a woman can and should be commander-in-chief of the United States of America. Her speech moved many across the U.S., especially those who dream of having a better democracy and a more just nation. Her husband later showed solidarity with her in a tweet that also did much to endorse Secretary Clinton: “Incredible speech by an incredible woman. Couldn’t be more proud & our country has been blessed to have her as FLOTUS. I love you, Michelle.”

If these types of emotional and heartfelt words directly support Clinton’s candidacy, it is possible that the part of the half that supports Trump will reconsider and regain its senses. It is easy to imagine the most frivolous activities taking place, such as Trump organizing a Miss Universe pageant at the White House or inciting hatred against those who hold values that are different from his bizarre code of ethics. Hillary has had setbacks, but she is intelligent and tenacious enough to be seated in the Oval Office.

At the time of this writing, we have yet to hear Hillary Clinton’s nomination acceptance speech. Everything suggests that it will be a brilliant and wise piece of oratory, in which the major problems of the U.S. will be handled in a manner that voters expect, seeking unity in the Democratic Party, and by all means regaining voters who have turned their backs on the election. It will be a cogent speech that will make Hillary the first woman to lead the U.S., as Obama was the first African-American president.

What is troubling, even if Clinton returns to the White House as president, is what will happen with the millions of racists and xenophobes who are staunch enemies of Mexicans, Cubans, Middle Easterners, Muslims, and other nationalities and religions. It is scary to be poor and think of a future in a country that has millions of ardent patriots who believe in white supremacy and who heap praise on a maniac, even though the majority come from immigrant families. It is worrisome because, according to polls from CNN and CBS two days ago, Trump has pulled ahead of Clinton for the first time in his pursuit of the presidency. If Democrats and liberals do not make one huge, last ditch effort, they will guarantee themselves the worst four years of their lives.

The United States may be a wonderful nation, but let us not put aside that its sudden growth was achieved by armed force in a war-driven economy with bellicose citizens. Its history is troubling, both domestically and internationally. Years ago, the Soviet Union acted as a counterweight, but the U.S. no longer faces off against anyone — maybe China, but not now. Global security is threatened if this kind of improvised, perverse and illogical policy winds up winning out.

The nation of Manifest Destiny is faced with a serious dilemma. It has to account for Trump’s racist and backward behavior, behavior that is propelling him forward, while the liberal Clinton is booed by some groups of Democrats who have no political clarity. We hope common sense prevails and the world can let out a sigh of relief with the Democratic candidate’s success.