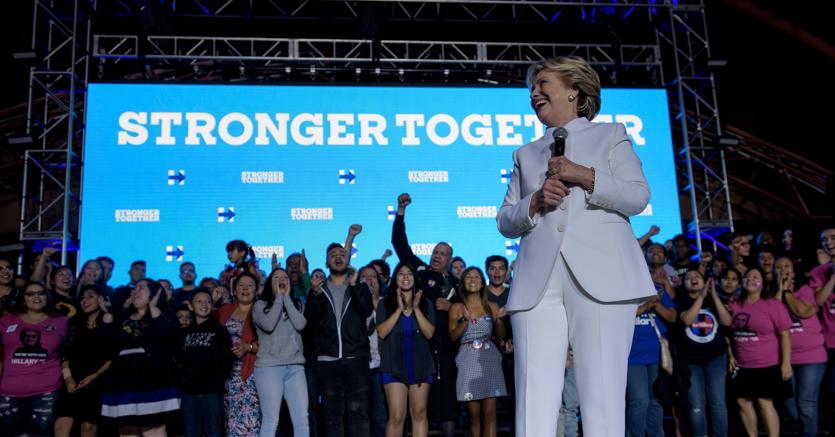 Old wisdom is out of fashion in the Beltway. The political citadel in Washington is in the hands of analysts who run election databases based on templates with real time self-adjusting parameters. However, this is what old wisdom based on full knowledge of the facts says: When a candidate claims the elections are rigged, it means he has given up all hope of winning them.

Donald Trump’s fate is no longer the main topic of conversation in Georgetown’s homes. The major focus now consists of estimating the gap between him and Hillary. A hypothesis that would have seemed outlandish up until a month ago hinges on that very gap: What would happen if Republicans lost their majority in the House of Representatives as well? In that case, Hillary becoming president with the lowest approval rating in American history would no longer matter. Even without reaching 50 percent of the popular vote, she would be fully legitimized by a Democratic majority in the House of Representatives. Hillary would then have control over the Congress and free rein with a four-year agenda. Policies that were once unthinkable could now mean the beginning of a new era for American society.

The House of Representatives has changed its majority only three times since 1952, but two of these changes occurred in the last 10 years. In 2010, the Republicans gained the largest majority since 1928. They also redrew district lines to further ensure the reelection of their candidates in office. This position of strength was so untouchable that two years ago, when Trump was only a reality TV star, the Democrats were so sure of their defeat that they put several low level candidates on their lists.

Yet suddenly, the scenario of Trump being defeated soundly enough to drag down the Republican Party is no longer implausible. The match is still on, especially in the suburban districts, where the party’s ideological hold is weaker. If Hillary were more than 10 percentage points ahead in the popular vote, the majority in the House of Representatives would change dramatically.

It may also have this result if Trump’s pressing the issue on rigged elections and on the betrayal of Republican party leaders turns away many conservative voters. The same goes for the scenario in which, at the end of October, as his defeat draws nearer, Trump advises his supporters not to vote, thus fueling speculation about manipulated votes and a deceitful democratic process as he prepares himself for the role of TV pundit. These possibilities have instilled panic among the conservative establishment. The seats of the more moderate candidates may be at risk, thus leaving the party under the influence of the tea party and the Freedom Caucus. The breakdown in Ohio between the party and Trump seems to be only the beginning of a reckoning after an election that is going awry.

However, far more radical change may become possible. In four years, Hillary could reverse the historical trend that started with Ronald Reagan’s liberalist policies. Instead of aiming at the abstract goal of freedom on a global scale, Hillary seems more interested in dealing with the discomfort with which American citizens view the influence that the impersonal forces of technology and changing global circumstances have on their lives without having a chance to limit their effects. It’s the reverse approach compared to 30 years ago, which claimed the fundamental theme of the 20th century: that the relationship between labor and capital is no longer removed from Democratic control by the dogma of global trade.

With regard to labor, the minimum wage could quickly increase to $12. The principles of union representation would be consolidated. The health care coverage Obama got passed would be further strengthened, even through price control on medicines. In a phase when foreign trade is shrinking and some production is moving back next door, the relationship between labor and capital, taken apart by the last decades of globalization, could change considerably through industrial policies, sharp decisions in matters of energy policy and substantial public investments for the relaunch of infrastructure. As for capital, the tax on financial transactions may re-emerge, as well as a tax increase on capital gains with further taxation on the estate of the richest 2 percent of the population (i.e., the part of society that has so far managed to have its cake and eat it too).

Hillary’s political goals include rebalancing the problem of inequality, which tore at America’s social fabric in the last few decades. In the eyes of the average citizen, not just in America, the promise of wealth from global trade has taken on an ideological aftertaste. The reason lies with how abstract the benefits seem when compared to the practical consequences that concern individuals. The political basis of globalization, that is, the belief that free trade would have brought democracy to the whole world (starting with China) collapsed when put to the test. However, the pendulum is swinging back, especially because it has become clear that something is broken in the U.S. economy.

Even the country that represents the technological frontier faces the problem of a decline in productivity. This is caused by the fact that the most capable companies keep improving, but they no longer transfer productivity gains to other companies. Even in the business world, just like in society, the gap between the strongest and the weakest becomes larger. In the last 20 years, there was a belief that the problem of productivity expansion was tied to the mobility of the resources, and therefore to the celebrated structural reforms and to an educational investment. Yet none of that prevented productivity gains – even in the United States – from dwindling until they faded away. The Democrats are convinced that we must focus again on demand, thus making it so that the working middle class is more involved in creating wealth.

The way Hillary Clinton faces the issue of social injustice represents a break with the past. To some extent, she seeks to turn back the clock to when economies were less open. In doing so, she indulges what Larry Summers called “responsible nationalism.” It is a definition that fills any conscious European with horror.

After all, the line that separates responsible and irresponsible nationalism is very thin. The Democrats want to believe the same line separates Clinton from Trump.