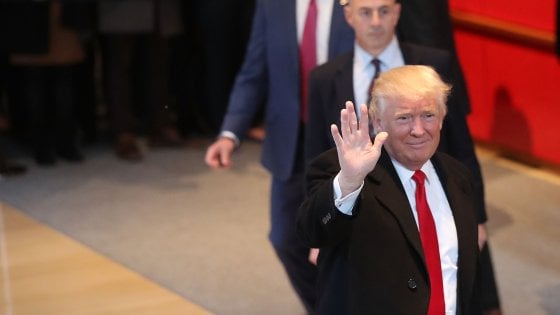 The first 100 days of his administration will start with the withdrawal from the Trans-Pacific Partnership. The free trade agreement with the European Union is also at risk.

The anti-globalists have won; protectionists have made it to the government. What now? With Donald Trump in the White House beginning Jan. 20, Theresa May at Downing Street and perhaps François Fillon as president of France in May, some of the major Western powers are in the hands of leaders who promised a sharp turn away from globalization and a renationalization of economic policy. What consequences await us? The agenda for Trump’s first 100 days contains some of the answers. Among these, we find the withdrawal from the TPP, the treaty with 11 nations in the Asia-Pacific that was one step away from being ratified, yet was already on death’s door. Barack Obama had given up on winning congressional approval for the treaty; even Hillary Clinton distanced herself from it. Trump did not mention the other free trade agreement, the Trans-Atlantic Trade and Investment Partnership with the EU. Realistically speaking, that agreement has come to a dead end. There was already opposition to it in Europe. If Trump were to renegotiate it, he would do so in order to obtain better conditions for American multinationals, thereby making the pact even more unacceptable for the EU partners. Regarding immigration, the other protectionist front, for now Trump’s mountain has turned out to be a molehill. There is no trace of the expulsion of millions of foreigners in the policy plan for the first 100 days. All we find is an offensive against “abuses on visa programs.” [It is] thus far only a minimalist measure.

However, Trump has already scored one success in terms of image. Ford has announced that it will keep producing an SUV model in Louisville (Kentucky) instead of relocating it to Mexico. It looks like a PR stunt because the automotive giant actually planned to replace that SUV with other models to be produced in Louisville itself. However, the Ford statement clearly expresses confidence in the president-elect: “We are encouraged that President-elect Trump and the new Congress will pursue policies that will improve U.S. competitiveness.” What does a multinational like Ford expect exactly? In order to fulfill its wishes, Trump only has to keep two election promises: dropping the corporate tax rate from 35 percent to 15 percent and abandoning Obama’s environmental regulations that forced car makers to produce less polluting models.

Can the Ford example be replicated on a large scale? Can Trump-style protectionism really reverse a 30-year long trend? Can it incentivize multinationals to bring back their factories and move workplaces that are now located in China and Mexico back to the national territory? The challenge is more complex for other sectors. Apple, the queen of high-tech, has a production and logistic chain based on cost and quality calculations. Apple assembles its products in China, but integrates sophisticated components produced in Japan, Taiwan and Germany. Bringing that network of branches and suppliers back to a single country, the United States, would be a long and expensive operation. Maybe Trump would settle for enticing Apple into bringing back to America a part of the capital it stashes in Ireland (over $200 billion) by means of a huge tax break (the promised rate amounts to 10 percent). If Wall Street keeps hitting record highs, it’s because the focus is on these benefits: tax breaks for businesses, environmental deregulation in favor of Big Oil, and possibly an enormous plan for infrastructure investments amounting to $1 trillion.

Still, Trump is not alone in the world. There will be a counter-reaction. The meeting of the Asia-Pacific countries (APEC), which make up the 60 percent of the world’s gross domestic product, has already given us a preview of the possible responses. From New Zealand to Chile, there is complete agreement: They will continue signing trade agreements even without the USA. China has started its maneuvers to appeal to those who are disappointed by Trump. It is recruiting allies for its alternative trade treaty, the Regional Comprehensive Economic Partnership. Even though Russia is an economic dwarf next to China, Vladimir Putin can relaunch his project for a great Eurasian economic area. This idea had been set aside after the Ukraine crisis. If Trump ends the sanctions, it will be easier for Russia to resume playing a role in the world’s economy as well as in the military field. Finally, we have the Theresa May model. London is attempting to avoid isolation by negotiating separate bilateral treaties, for example with South Korea, in violation of EU rules. The U.K. is not supposed to reach such agreements before Brexit is finalized.

Soon, Trump will have to balance two protectionisms: one concerning trade and the other immigration. During the Obama years, immigration from Mexico had dropped because the Mexican economy generated more jobs. If goods are not allowed to enter the borders, the economic shock may revive the migration streams.