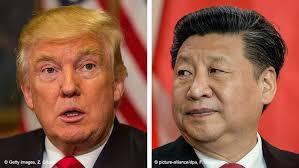 President Xi Jinping has defended the globalized economy and stated that his country will open its doors to partners at a time when Trump has charted the opposite course.

If Donald Trump were, in fact, to make good on his presidential campaign promise to implement a protectionist approach to foreign trade, thereby turning decades-old U.S. economic policy on its head, the power vacuum left behind by the world’s superpower would be filled by other major players—like China. This has long been the warning espoused by foreign trade experts in the face of Trump’s campaign rhetoric in which the international sphere has been marked as the source of the country’s gravest problems, with China being one of the president-elect’s go-to targets.

Trump accused China of having eliminated American jobs through a combination of treacherous trade practices and currency manipulation, while also promising to take the U.S. out of the Trans-Pacific Partnership, a free trade agreement comprising 12 countries located on both sides of the Pacific, including Japan. The TPP has been of importance due not only to its estimated business volume but equally because of its strategic value, as it would have brought member countries closer together and strengthened American influence within Asia in order to contain expanding Chinese hegemony in the region. It is for this reason that the agreement excluded China, the second largest economy in the world.

At the same time that Trump has been attacking old trading partners like Mexico and doubling down on threats to close U.S. borders to foreign products — something that, according to experts, will destroy more American jobs than it will create — Chinese President Xi Jinping has promised to open his country’s doors to foreign businesses. During last Saturday’s Asia-Pacific Economic Cooperation Summit in Lima, Peru, a meeting that involved 21 countries, Xi asserted that China is seeking to play a more prominent role in the process of globalization, a clear signal that the Asian giant is positioning itself to take advantage of Trump’s promised protectionist policies.

It was then that Xi, the supreme leader of China’s dictatorial state, revealed what he has in mind for his country’s coming market openness and free flow of investments. In what was considered to be indirect criticism directed at President Barack Obama, who excluded China from TPP, Xi said during the APEC Summit that his country would defend trade agreements, which would be open to anyone.

“China will not shut the door to the outside world but open more,” he said, promising to work toward a more globalized economy. “Exclusive agreements and arrangements are not the best option,” said Xi.

Considering that the prevailing global order has changed little since the fall of the Berlin Wall, such a reversal of roles is something quite difficult to imagine. While the Chinese leader has defended globalization, the American president-elect has pointed to protectionism as his homeland’s salvation. If this is, indeed, how politics is to play out in the future, China will move quickly to fill the power vacuum left behind by the United States.