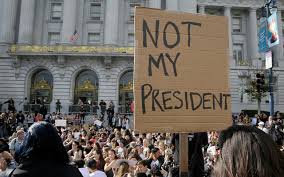 The newly chosen U.S. president, Donald Trump, said that he will deport 3 million illegal immigrants immediately upon taking oath or imprison them.

It is amazing that 3 million individuals should be residing illegally in a country such as the U.S., where everything is so well documented. How did the administrations in power up to now tolerate having such a large number of illegal immigrants? On the one hand, vigilance is so high that even ministers and generals of foreign countries are made to remove their shoes while being searched; on the other hand, there is such laxity that 3 million individuals managed to enter the U.S. illegally. Perhaps the residents of some of the foreign countries did not enter the U.S., but entered Trump’s heart and mind.

If people are, in fact, living illegally in the U.S., then it is better to provide them legal status instead of throwing them in jail. Just like Trump’s statements during the presidential election campaign, this statement calling for the deportation of 3 million illegal immigrants also reflects his ill-considered views, which make him unworthy of being the president of a super power. It is because he expresses ill-considered views in this manner that demonstrations are taking place in the U.S. against Trump, protests which may create severe problems for him.