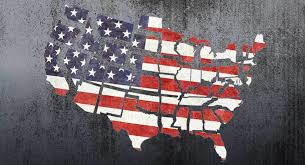 Two weeks have gone by since the election of Donald Trump, and it still seems outrageous to me.

I find it very difficult to imagine that such a buffoon will be in the same chair that Thomas Jefferson, Abraham Lincoln, Franklin Roosevelt and Barack Obama occupied.

Some are saying that the good thing about Trump is that he’s unpredictable; that it was one thing when looking for votes during the campaign and another very different thing when sitting in the White House governing. Obama has expressed optimism that Trump will first be practical in order to encourage a little bit of reassurance and so that people give him a chance. Various Democratic leaders want to make deals on the issues on which Trump has distanced himself from the positions taken by traditional Republicans, such as infrastructure and maternity leave. Indeed, his opposition to free trade agreements coincides with that of Bernie Sanders.

But I’m not as optimistic. Trump’s first appointments indicate a clear return to the cave. For attorney general, the office that performs some of the same functions as our Ministry of Justice and general attorney, Trump has nominated Jeff Sessions, who was rejected for a judicial appointment in 1986 for being racist, is someone who defends torture and who has a hard stance on illegal immigration. As national security advisor, he has chosen Mike Flynn, an ex-military man who is convinced that the terrorism of radical Islam must be exterminated and who recently tweeted “fear of Muslims is rational…”, not to mention Steve Bannon, who will serve as chief strategist and is a man who directed an extreme right-wing website that gave a voice and platform to white supremacy groups. Add to these men the new vice president, Mike Pence, who is proud of the executive orders he issued as governor of his state against the LGBT community.

The worst part is not how much or how little Trump can do, but what he has already unleashed among the people. His campaign, and now his victory, has legitimized racism, xenophobia, sexism, homophobia and Islamophobia. White supremacy organizations are literally partying; one of the most notable groups celebrated triumph a few blocks from the White House. In the 15 days since the election, there have been more than 700 reported acts of hate in the country, from painted swastikas in parks to attacks against Latinos and Muslims, according to an nongovernmental organization that monitors those issues.

For the progressive sector of the United States, Trump’s reality presents great challenges. Sanders has already created a movement with the fierce support of young people. It should not be forgotten that Hillary Clinton won the popular vote by more than 1.5 million votes, three times the margin with which Al Gore won in 2000. The majority of Americans are in favor of marriage equality, the right to an abortion, gun control, legalization of marijuana (which California and three other states have approved), and the mitigation of climate change, i.e., a progressive agenda.

The mass marches that occurred spontaneously in various cities after the election are the first sign that the new government will face huge resistance, and now there is talk about huge demonstrations on the day of Trump’s inauguration. What is certain is with Trump is that politics in the United States have been turned upside down.